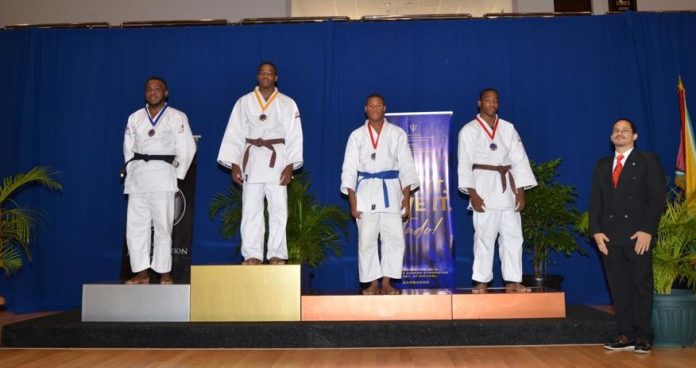 Alexander and Daniel Strachan, two 17 year old twin Brothers who are students at C.C. Sweeting, represented the Bahamas at the third CARIFTA Judo Championships held in Bridgetown Barbados on the 7th December, 2019. Although the Bahamas had one of the smallest contingents of athletes from any of the participating countries, the twin’s phenomenal accomplishment resulted in the Bahamas’ overall placement in sixth position out of the ten countries represented.

In the individual CARIFTA Judo Championship, they both fought in the under 21 men’s division, at 81 kilogram (combined with 90 K weight division). Alexander, the reigning Bahamas National Jr. Judo Champion, was true to form in a gold medal performance, going undefeated winning every match by ippon (knockout). His opponents were from Barbados, Suriname, and Curacao and his brother Daniel.  His twin brother Daniel Strachan, also earned a bronze medal, having lost only to his brother and one other competitor from Suriname.

“I am very proud of my Sons. Alexander competed with three injuries yet was still able to win every match.” Said Anzlo Strachan, father and coach of the CARIFTA Team. ‘’I am thankful to all of the coaches and administrators who contributed to their advancement including President D’Arcy Rahming Sr., Sensei Carlos, Sensei Mickey and Coach Rhadi Ferguson. As well as to their many supporters. This takes a lot of sacrifice on the part of many.

Since it is the ultimate goal of the CARIFTA games to unify the Caribbean nations, the intense individual competition was followed by a united friendly team competition, with representatives from all of the participating Caribbean countries.  Alexander’s performance in the CARIFTA Team competition awarded him the silver medal for his participation with team Dolphin.

Next year the goal for the twins will be to win a Pan American Cadet or Junior Championship.

Hurricane Dorian Pledging Conference – towards “Rebuilding a Stronger and More...

Hurricane Dorian Pledging Conference – towards “Rebuilding a Stronger and More...

Lend a Hand Bahamas receives an additional $50,000 donation from Kiril...