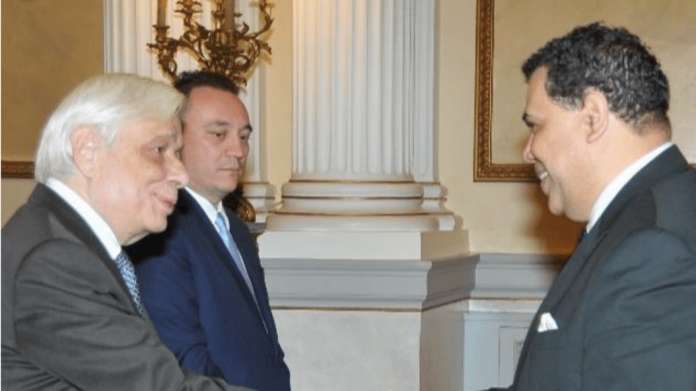 The President of the Hellenic Republic congratulated all Ambassadors who presented credentials and warmly welcomed them to Greece. He proffered his fullest admiration for the countries represented and stressed Greece’s assurance that each country will be treated with equal respect and will all be held in high esteems with the same measure of importance accorded to them. He encouraged active participation by Ambassadors and even closer relationships as they all make their best efforts to represent their respective countries to the best of their abilities. President Prokopis Pavlopoulos and Ambassador Ellison E. Greenslade are pictured during the presentation ceremony.