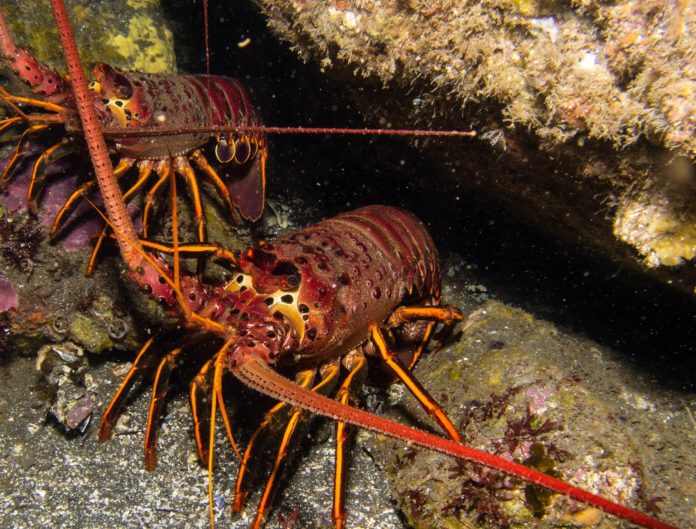 A beloved fishery in the Bahamas, the spiny lobster has had healthy populations bounce back in recent years, and although conservationists say it’s an ongoing question, recent assessments show that the species does not fall into the category of being vulnerable or endangered.   In 2018 the Bahamas received the very first country-wide certification in the Caribbean for spiny lobster sustainability from the Marine Stewardship Council; but even with this, the country still maintains the annual lobster season to protect and preserve the crustacean. Dr. Karlisa Callwood, Director of the Community Conservation, Education, and Action Program at the Perry Institute for Marine Science, explains that continuous enforcement of regulations is beneficial to maintaining healthy spiny lobster populations.

“What that certification means is, it indicates that currently the fishery is being operated with a set of management standards and practices that help maintain healthy stocks and the fishery is minimizing the impacts to the eco-system.   “So overall based on that certification you can say that the population is healthy, but it is something that we need to continue to watch and monitor over time.” Callwood said..   Based on research conducted on lobster migrations in the region, Callwood says recent findings have shown a collapse of the spiny lobster fishery in some Caribbean countries, however that has not happened in the Bahamas.   “That could be due to many reasons, that could be due to the regulations in place, it could also be a consequence of how the lobster move” she said.   “There’s a good possibility that a lot of the other lobsters are coming from elsewhere in the Caribbean due to the Bahamas’ location and the currents that may be bringing those lobsters in.

Lobsters also have a sensitive biological reproductive cycle. Experts say that if lobster seasons and regulations are removed, it would easily put the species at an increased risk of depopulation.   “A closed season, particularly for the spiny lobster fishery it takes into account the year when reproduction, the times of the year when egg production is highest for the lobster” Callwood said.   She noted that each female can produce over 1 million eggs during the closed 3-month period, but only 20% of the eggs will survive and even less out of that number will become juveniles.   “When you think that only between anywhere from 7-20% of that number will actually survive they won’t die off they wouldn’t get eaten by something else while they’re eggs then they will become juveniles and then those juveniles still get eaten by other things so even less of that become the adults that we actually see when we get lobster on our table that’s really why its key to have these closed seasons.”