The Broadcasting Corporation of the Bahamas Board of Directors

Mr. Frederik Gottlieb was born on the 24th April 1950, in Pine Ridge Grand Bahama and is the son of Ejnar Gottlieb, M.D., and Owanta Gottlieb, PhD.

He attended the Pine Ridge All Age School at which the late Hugh Campbell was the Headmaster, he then attended Munro College in Jamaica, Queens College in Nassau and Dover College in Kent, England.

Mr. Gottlieb obtained an Honours Degree in Economics from the University of London then worked in Nassau for several years before studying law.  He was called to the English Bar (Lincolns Inn) and to The Bahamas Bar in 1979.

After working in his brother’s law firm for a stint, he joined the Law Firm of Callenders & Co. in which he became a partner in 1984 and opened a branch that same year in Marsh Harbour, Abaco which he serviced while commuting via his Cessna from Freeport weekly which he piloted.

In 1985 he offered his services to the Free National Movement in Grand Bahamas and headed the Finance Committee.  In 1986 he became the first Chairman of the FNM Council for Grand Bahama which he served for a year.  He became the FNM Candidate in the 1987 General Election for Marsh Harbour, Abaco and won.

In 1989 Mr. Gottlieb left the law firm of Callenders & Co. and joined the law firm of Alexiou Knowles & Co. as a partner.  In 1998 he established his own law firm, in Abaco Frederik F. Gottlieb & Co. which he continues to operate today.

His Chairmanship credentials include Chairman of the Water and Sewerage Corporation, The Bahamas Development Bank, Bahamasair and The Bahamas Electricity Corporation.  Prior to his appointment as Chairman to The Broadcasting Corporation of The Bahamas, Mr. Gottlieb served as a Director on the Board of The Disaster Reconstruction Authority.

He is married to Mary Gottlieb (nee McElroy of the Republic of Ireland), they have three children – twin girls (Ana and Christina) and a son (Connor). 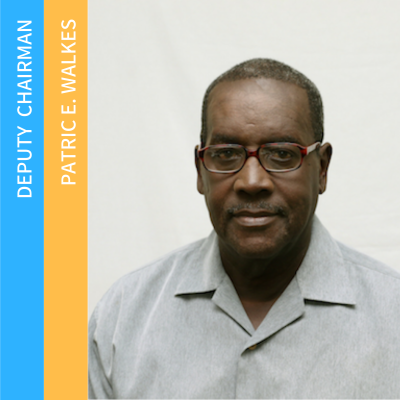 Born on August 20th in Nassau, Bahamas; Patric E Walkes obtained his High School diploma at St. Augustine’s College. Upon obtaining his High School Diploma, Walkes went on to study English & Communication at the St. John’s University. During his tenure at the Ryerson Polytechnical College, Walkes focused on Broadcast Management. At the University of Miami, he obtained a degree in Marketing, Sales & Advertising. 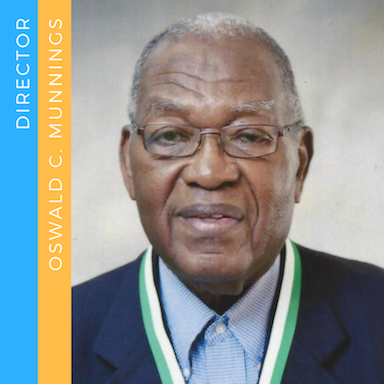 Oswald C Munnings began his education in South Mastic Point, Andros where he attended the Mastic Point All Age School. In 1956 & 1957 he completed the mandatory BJC and BGCSE exams. He then jetted off to Kingston, Ontario where he completed courses in Assessment Practices and Principles from Queen’s University. In doing so, he became the first Bahamian and black to complete the course to become an Associate member of the Institutes Municipal Assessors of the Province of Ontario.

Professionally, Munnings served as a civil servant for fourteen years with The Bahamas Government in areas like The Board of Education, Crown Lands Office, The Ministry of Internal Affairs and the Valuation Section.

At the age of 31 Munnings became the first black and Bahamian to be named Manager/Corporate Secretary at Barclay’s Bank PLC. In 1999 Munnings was named the first Managing Director of the Corporation. He went on to serve the Bank for twenty-nine years into his retirement in 2003. He was named the longest serving Manager in the History of The Bank of The Bahamas. With honors from the Mastic Point Development Association, he has also served as a member of the Board of Governor’s Queen’s College as a member of the Finance & Property Committee for many years and a trustee of the Board of Trustees.

Oswald Munnings is the proud father of four, a grandfather to seven and a great-grandfather of three. 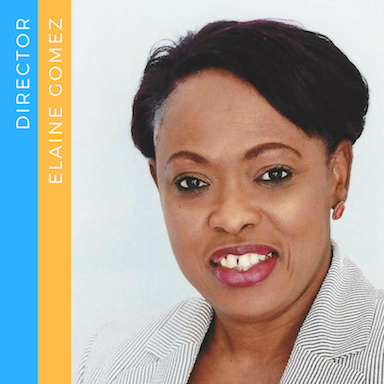 Mrs. Elaine Gomez received her early education at the William Gordon Primary School, C.H. Reeves Jr. High School and the Government High School. Upon completing her High School education; she went on to pursue a degree in Sociology from Tomlinson College in Cleveland Tennessee.

Elaine has since become a professional Life Insurance Sales Executive with the Colina Insurance Team for the past 27 years, where she would have attained numerous certifications in the insurance field. Elaine’s exceptional professional performance has also afforded her the opportunity of being a five-time member of the Million Dollar Round Table.

Elaine attends the Church of God Of Prophecy, Meadow Street where she is actively involved in the Church’s Ministry. She has a passion for assisting the less fortunate by assisting with meals and mentoring.

Mrs. Gomez is the wife of Mr. Keith Gomez and the mother of one daughter. She enjoys cooking, public speaking and spending quality time with her family. 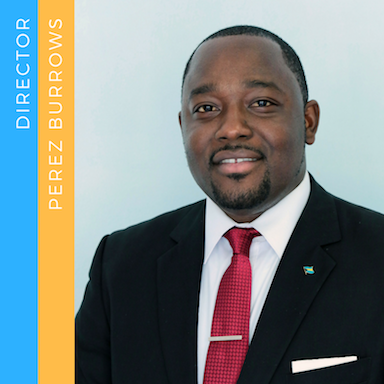 Perez A. Burrows was born on April 13th, 1988 to parents Alexander P. Sr. and Valeria Burrows in Freeport Grand Bahama. He began his early childhood education at the Toddlers Basic School and upon completion, he entered the Mary Star of the Sea Catholic Primary where he was a consistent honor roll student and a multitalented athlete. As an Academic Science student, he graduated from St. Georges High School in 2006 where he excelled in athletics and attained the School Board Leadership Award.

From 2007 – 2009, Perez pursued a higher education at the College of The Bahamas to pursue a Bachelor’s degree in Computer Information Systems. During his collegiate years, he was a member of the College of the Bahamas Union of Students (COBUS) where he served as Director of Student Activities and Speaker of the Senate.

On June 1st, 2011 he became gainfully employed at Statoil Bahamas and received certifications in Tanker Operations and Marine Accounting. In 2012 he gained a certification with the Industrial Fire Brigade, and TEEX Texas A&M University in 2014. He co-founded the Petroleum and Measurements Course for 12th-grade students in Grand Bahama and over four consecutive years he managed and lectured the course at the Bishop Michael Eldon High School.

Perez was later elected to the post of National Assistant Treasurer of The Free National Movement in July 2016 and currently serves as President of the Torchbearers Youth Association (TYA), Grand Bahama. He is also a loyal member of the Church of God of Prophecy where he is a member of the World Famous Bahamas Brass Band.