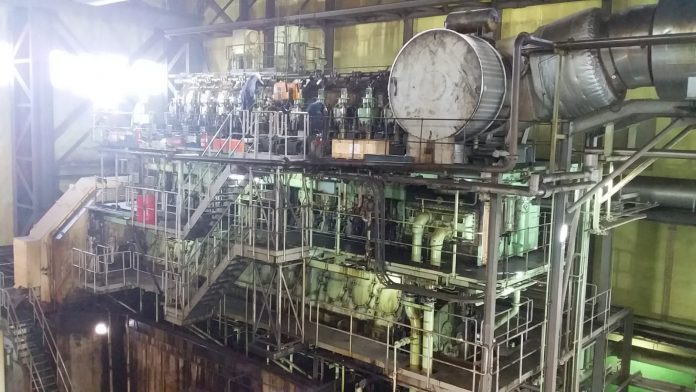 Bahamas Power and Light confirming that Diesel Engine DA13 at the Clifton Pier Power Statio has been taken offline for a scheduled overhaul. According to a BPL statement, The unit was removed from the grid on Monday February 10th with the overhaul expected to take 25 days. BPL CEO Whitney Heastie said taking DA13 off the grid is part of the company’s Winter Action Plan described as a comprehensive months long effort to ensure working generation units are properly brought offline for annual servicing and maintenance which in turn should extend the life of the unit. Heastie further explained that executing the Winter Action Plan better prepares BPL to have the necessary capacity during high peak periods, including summer.

BPL’s statement pointed out that DA13 has been in service at Clifton Pier since 2006, and accounts for up to 18 MW of power on a daily basis. The unit will undergo a full system diagnostic along with needed servicing before being brought back onto the grid in March. The work schedule is designed to avoid any disruption in service for customers as the work on the machine commences. BPL Chair Dr. Donovan Moxey added, “We are committed to solving the problems our leadership team inherited here at BPL; we are going to ‘right the ship’ and bring reliability back for our customers. As part of our turnaround strategy, our Winter Action Plan will provide critical maintenance to these units during the non-peak winter months, when the engines can be removed from the grid and repaired without impacting the electricity supply.” The Winter Action Plan is a critical piece of our overall plan, along with the December 2019 launch of the new Station A, and other preparations.