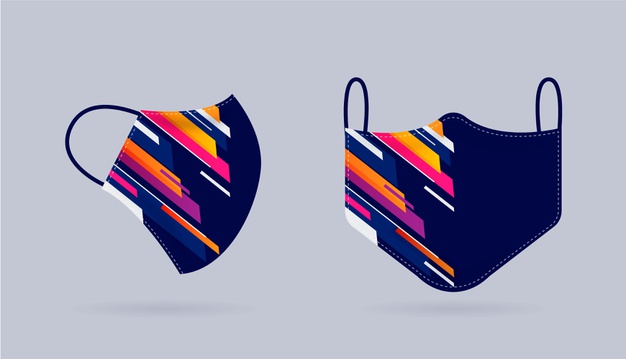 The Government of The Bahamas’ decision to place some restrictions on the importation of masks at the start of the COVID-19 Pandemic in The Bahamas and instead offer those opportunities to Bahamians, has provided an economic stimulus for numerous
households, Minister of Social Services and Urban Development, the Hon. Frankie A. Campbell, told delegates participating in a recent UN Women, ParlAmericas, Bahamas, Virtual High-Level Round Table Meeting of Parliamentarians of the English-speaking Caribbean. Delivering The Bahamas’ Statement, the Virtual Meeting was facilitated in the precincts of the House of Assembly by House Speaker, the Hon. D. Halson Moultrie who served as Host — Minister Campbell told delegates that a positive outcome of the decision has been a growing Cottage Industry. Simply put, a Cottage Industry, is a small business that is operated from home.

Minister Campbell also took the opportunity to outline a number of the Government’s initiatives in its gender-responsive actions in the midst of the COVID-19 Pandemic this year, and in the aftermath of Hurricane Dorian in 2019, during his intervention. “COVID-19 necessitated the wearing of masks to reduce the potential for community spread (and so) the government quickly thought it sensible to put some restrictions on the importation of masks which then created a Cottage Industry and we now find that many of our females in particular and many of whom are the leaders of their households, who would have otherwise been unemployed, are now generating incomes for themselves and their families via the production of, and sales of, masks locally,”
Minister Campbell said.

“As a follow-up, the Government also took the opportunity to ensure that the Urban Renewal Centres, which fall under the remit of the Ministry of Social Services and Urban Development (and which are at the forefront of the community interventions conducted by the Urban Renewal Commission aimed at promoting and providing for social development in the urban communities), were provided with sewing machines in order to expand their sewing programme to facilitate training for a larger number of persons wishing to enhance or develop their sewing skills in order to become entrepreneurs. “The sewing programme was initially geared towards school-aged children, but in light of what we are facing, we thought it wise to have the programme expanded to include adults who can either be trained, and/or retrained to participate in, and benefit from both socially and economically, the mask-making and other opportunities associated with the sewing industry, Minister Campbell added.

Held one day after The Bahamas observed the one-year passage of Hurricane Dorian by paying tribute to the memory of all of those victims of the hurricane who would have lost their lives, the Virtual Meeting was held under the theme: “Supporting the National Adoption of Gender-Responsive Disaster and Crisis Planning.” Senate President, Senator, the Hon. Dr. Mildred Hall-Watson delivered the Closing Remarks. Minister Campbell served as Head of Delegation for The Bahamas.

Also in attendance were: the Hon. Donald Saunders, Deputy Speaker of the House of Assembly and the Member of Parliament for Tall Pines, and Senator, the Hon. Lisa Bostwick. Other participants included: Senator, the Hon. Ranard E. Henfield, who served as Moderator. Senator Henfield also sits as Vice President for the Caribbean of ParlAmericas. The Senator received applause from Senate President, Dr. Hall-Watson, for his role in ensuring The Bahamas hosted the High Level Virtual Meeting. Former Senate President, Senator, the Hon. Kay Forbes-Smith, who now serves as the Managing Director of the Disaster Reconstruction Authority (DRA) also made an intervention. Member of Parliament for Englerston, the Hon. Glenys Hanna- Martin, joined the proceedings as an online Observer.