Home News Announcement on the Death of URCA’s Board Member J. Paul Morgan 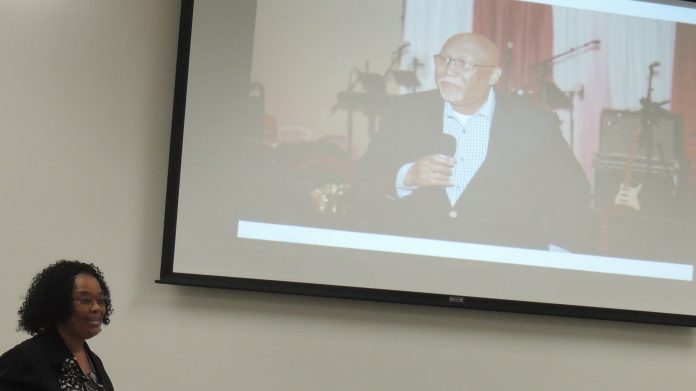 It is with a deep sense of loss and sadness that the Utilities Regulation and Competition Authority, URCA announces the passing of board member, J Paul Morgan. JP, as he was affectionately called, was a
founding member of URCA’s board, having been appointed at the establishment of the authority in August 2009. JP was re-appointed by all subsequent administrations up to and including the current administration. He served the organization with distinction from 2009 up to his death Sunday 19 January 2020. As board member, Mr. Morgan, was pivotal to the effective setting up and launch of the country’s independent regulator and led in the organization’s successful accomplishment of many significant milestones.

These include the liberalization of the telecoms market both fixed and mobile which involved the introduction of the competition framework; number portability; interconnectivity regulation and capacity building particularly in the Electricity sector. Utility Regulation in The Bahamas has benefitted tremendously from JP’s expertise, his vast wealth of
knowledge and experience. On Tuesday URCA remembered this giant of a man in a small memorial service at the organization’s office on Frederick Street. The common theme throughout the tributes offered by executives and staff members was that although JP was an accomplished professional, he was always a gentle, humble man in his interactions with all staff members.

Board Chairman attorney Neville Wilchcombe, said J Paul Morgan was a huge resource to him and fellow Board Members during their period of transition. “I feel I’ve benefitted immensely from his mentorship and I will sorely miss him, his warm and open nature”. He went on to say that JP demonstrated much courage and valiance even during his illness. Chief Executive Officer, Stephen Bereaux in a very moving tribute said “every interaction with him (JP) has been impactful, I feel blessed to have had his input in my life. I’m a better person for it.” Other staff members remembered him as one who always had an encouraging word no matter your role in the organization.

Utility Regulation in The Bahamas has benefitted tremendously from JP’s expertise, his vast wealth of knowledge and experience. On Tuesday URCA remembered this giant of a man in a small memorial
service at the organization’s office on Frederick Street. Funeral services for JP Morgan will be held in Jamaica on Tuesday 4 th February. He will be remembered as a gentleman, a scholar and a true Caricom professional.