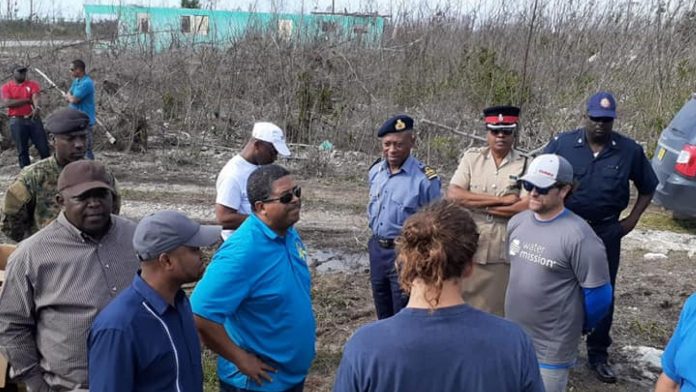 Deputy Prime Minister and Minister of Finance, the Honorable K. Peter Turnquest along with other government officials were given a tour of East Grand Bahama by RBDF Lieutenant Commander Whitfield Neely on Saturday December 14th 2019. Included in the tour were the Honorable Kwasi Thomson, Minister of State for Grand Bahama, Iram Lewis, Minister of State in the Ministry of Disaster Preparedness, Management and Reconstruction and representatives from the Freeport Power and Light Company.

The Deputy Prime Minister along with the government officials also discussed strategic plans of the post Hurricane Dorian. Lieutenant Commander Neely serves as Commander, Northern Command. As the island of Grand Bahama continue to recover in the aftermath of Hurricane Dorian, The Royal Bahamas Defence Force continues its Hurricane Relief efforts.

Office of the Prime Minister – Statement on Weddings

Office of the Prime Minister – Statement on Weddings