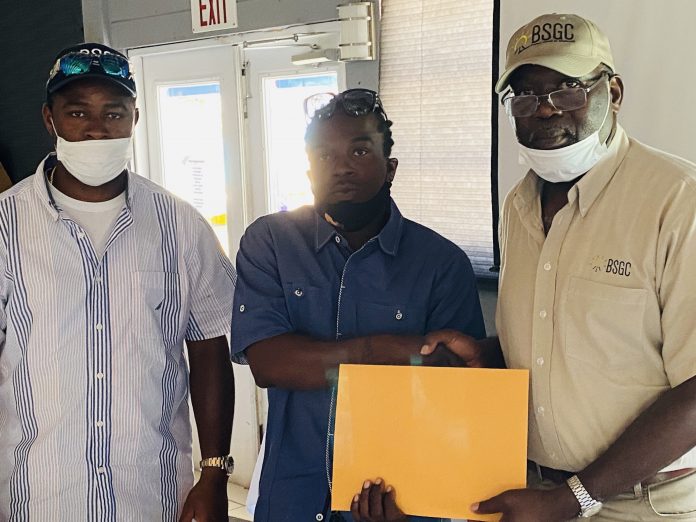 With efforts to stem the spread of COVID-19 putting the squeeze on Exuma’s economy, some small business owners are optimistic that a road improvement project could support economic recovery and get Exumians back to work. Pre-pandemic, tourists’ dollars, as well as storm refugees, poured into the island. A gem of a destination in and of itself, Exuma benefited from a windfall when more vacationers diverted there in the wake of Hurricane Dorian’s deadly and destructive trek through Abaco and Grand Bahama. Exuma’s reversal of fortune has been especially acute. Even as major resorts reopened their doorsthis
month, Florida’s unprecedented, record-breaking growth in the daily number of cases and deaths coupled with social-distancing rules and threats of future lockdowns means no business expects to fully recover any time soon.

“The shut-down sent everyone into a tailspin. Tourism did a nosedive,” said Dwight Hart, owner of Exuma Palms Hotel, a 12-room guest house which boasts the Club YOLO Grill and Hookah Bar. “Now,with Caribbean Pavement Solutions coming onboard and with us being their housing location, it’s a life-saving event. They will occupy 10 rooms.” Set-up on a two-mile stretch of beach in Mt. Thompson, Exuma Palms plummeted to “zero business” after its last guest departed on March 21. “From then to now we’ve just had one [guest] here or one there…for the most part we were at two percent occupancy,” Mr Hart disclosed. Things picked up for the hotel over the Independence holiday weekend. Closed beaches in New Providence sent more affluent Bahamians to nearby Family Islands where beaches remained open. Still, it was not nearly enough business for Exuma Palms to offset months of closure.

Up to now, business from the restaurant and bar has kept the property “trickling along.” Caribbean Pavement Solutions (CPS) arrival to the island next month for a 10-mile road improvement project could not have come at a better time. “The spin-off is tremendous,” said Mr Hart, whose property provides employment for 10 persons. “For instance, we are increasing the amount of food we’re ordering since we know now, we have a certain amount of people we’re going to feed every day. We’re transitioning from weekly ordering to a month’s supply at a time, so our volume is increasing. That translates into revenue for some other business.” With Exuma now a shadow of its formerly robust self, local contractor Damien Cox is happy to have a job. As most small business owners would attest, having work eases the pressure as entrepreneurs wait for more jobs and pursue business leads. “It means we’re going to put food on our table for that month. Pay a little bills, do a little grocery

shopping, buy one or two school items and get caught up on bills allowed to slide over the three- month lockdown,” said Mr Cox who leads a team of five men. His company, Cox Construction was awarded the contract to erect the concrete base, loading ramps, install the plumbing work and create the necessary ponds for CPS’ asphalt plant.
“Coronavirus took a big toll on everything and everybody. It is going to take time to roll back into what it was before,” said the contractor who has completed work across Exuma during his 11 years in business.

“I can use more work, but I’m happy to have this.” CPS spending in the community is reverberating through the island in advance of the company’s arrival. “It just makes sense for Exumians to do some of the prep work, particularly the jobs that require heavy equipment, like the site clearing for the asphalt plant,” said CPS President, Atario Mitchell.
Pointing to the contract his company signed earlier this month with Exuma Fencing (EF), Mr Mitchell said it is “cost effective, expedient and just good business” to hire locals.

An EF spokesperson confirmed “in short order” it would begin erecting a perimeter fencing around six acres of land just outside the township, near Exuma’s community hospital. Using 20 workers to create two distinct sections, EF expects the job to take “no more than two weeks.”
For the company it’s the first fencing project, post lockdown.

“I know what it’s like to be a small business owner uneasy about the future,” said Mr Mitchell whose company was birthed ten years ago from a $5,000 government grant. “Once we’re on the ground next month, the community will see and feel our presence at restaurants, gas stations, convenience stores and patronizing other small businesses.”

Scenes from the Exuma Palm: