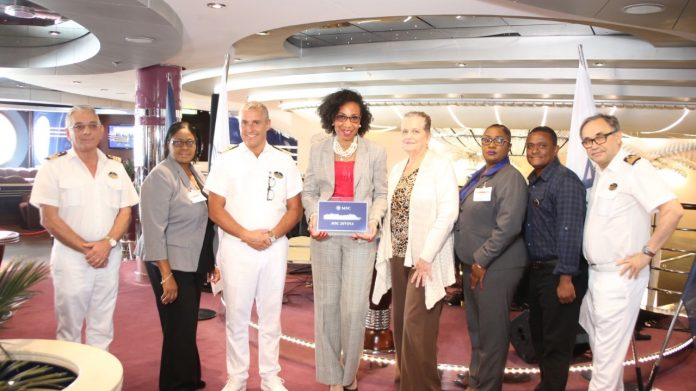 With 60 nationalities represented on the ship, it has the capacity to hold 4,400 passengers and 1,300 crew members. Representing the Office of the Prime Minister in Grand Bahama were: Clothilda Whymns, First Assistant Secretary; Lady Naomi Wallace-Whitfield, Office Manager and other support staff.

As a part of the employment initiative, MSC has agreed to hire
some 220 Grand Bahamians crew members to staff its cruise, in the areas of Food
and Beverage, Housekeeping, Galley and Entertainment.  Successful
candidates will be trained in April.