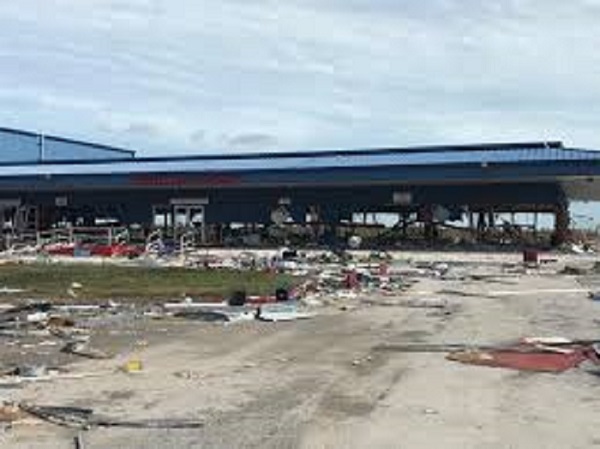 Despite the setback, the government is pushing ahead with its efforts to purchase the hurricane torn Grand Bahama International Airport.

However, in the event the structure has to be rebuilt, its resiliency is key, according to State Minister of Grand Bahama, Senator the Honourable, Kwasi Thompson.

‘We have to understand that the airport has really been damaged a number of times by several hurricanes, so any position with respect to the airport will require a complete assessment of the property; a reassessment of how you’re going to rebuild it,” Mr. Thompson told reporters before heading into his weekly Cabinet meeting on Tuesday.

“If we are going to rebuild, it must be done in a resilient way. It does not make sense for us to rebuild what was there before because we have learned that in that situation, it is likely to be destroyed again if another hurricane comes.”

The government opted to pursue purchasing GBIA after months of it sitting in disrepair following the ravages of Hurricane Dorian.

The airport is owned by Hutchinson Port Holdings.

“The airport is open. There is a temporary structure in place. Prior to COVID, international flights were coming in. We’re very thankful now that at least domestic flights are coming in…We expect that when the country opens up, the temporary facility will also accommodate international travel. We understand that this is not an acceptable position for Grand Bahama to be in for any long period,” the minister said.