Home News Members of the Judiciary urged to build the country and foster wholeness... 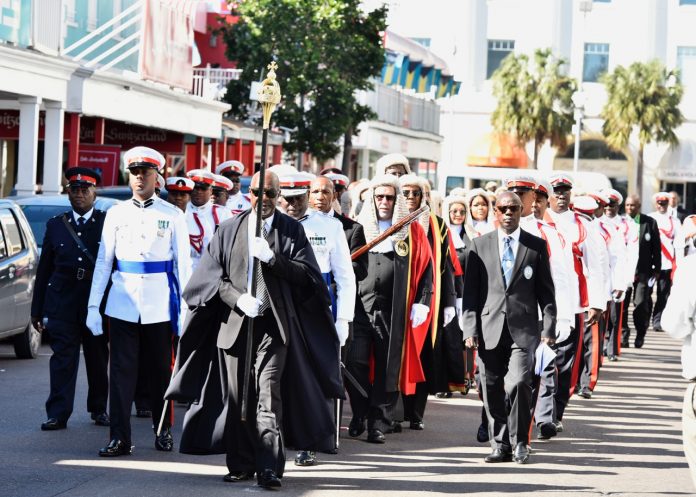 In his sermon to mark the opening of the 2020 Legal Year, The Very Rev’d Harry Bain, Dean of Nassau and Rector of Christ Church Cathedral, appealed to justices, magistrates and members of the Bahamas Bar Association to follow three moral duties as called by God — do justice, love kindness and walk humbly.

The Dean called for a “renewal of minds” which will essentially lead to a transformation of not just the judicial system, but the nation.Dean Bain also urged the members of the judiciary to extend kindness by becoming actively involved in legal aid and undertaking pro-bono work. Many are in need of professional help but are unable to afford it, he said.

He told the members of the judiciary that they are in a “privileged” position, and as such should be “forerunners for social reform.” He encouraged them to look beyond self and reach out to others including the disenfranchised; to use their voice and platform that many do not have; to restore what has gone crooked as there are a lot of crooked people around.

Present were C.A. Smith, Governor-General; the Hon. Carl Bethel, Attorney General; The Hon. Brian Moree, Chief Justice; members of the judiciary including justices of the Supreme Court, justices of the Court of Appeal, members of the Industrial Tribunal, magistrates, members of the Bahamas Bar Association, Commissioner of the Royal Bahamas Police Force Anthony Ferguson; and teachers and students of C.R. Walker Senior High School.

Following the service members of the judiciary, led by the Royal Bahamas Police Force Band, marched Downtown, Bay Street, to the Supreme Court, Bank Lane and Parliament Street, to attend a ceremony to mark the opening of the 2020 Legal Year.