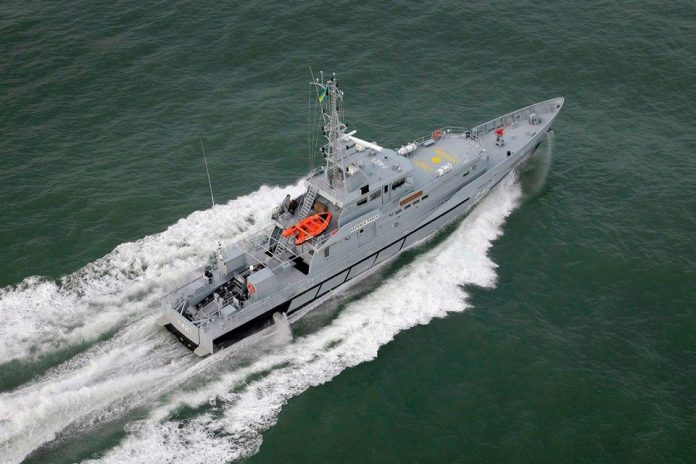 The southern borders of The Bahamas continue to be an area of concern for the Royal Bahamas Defence Force as it has stepped up its enforcement initiatives in that area. As a result of this, and shared intelligence, a total of 185 Haitian migrants were apprehended very late Friday evening during a joint operation by the Royal Bahamas Defence Force, Operations Bahamas Turks and Caicos (OPBAT – a tripartite agreement between the US, Turks & Caicos and Bahamas) and Turks and Caicos authorities. While on routine patrol, an OPBAT helicopter spotted a 30-foot low profile, wooden vessel at 5:00 pm approximately 24 NM off Little Inagua with an unknown number of persons onboard. Turks & Caicos authorities, OPBAT and the Defence Force Operations were immediately alerted, and each entity directed an
asset assigned to the area to intercept.

HMBS BAHAMAS arrived on scene shortly after 11 pm with permission from Turks and Caicos Foreign Affairs to assist in removing the migrants from their unsafe sloop, under the SOLAS Convention (1974). A total of 84 persons were taken aboard the USCG Cutter, which will be transferred to the TCI authorities, and the 101 migrants onboard HMBS BAHAMAS will be transported to Mathew Town, Inagua for further processing by Immigration authorities on that island.

The RBDF has been implementing measures to address threats and challenges of the influx of migrants from Haiti, especially as the southeasterly winds become more favourable for an easier sojourn into the Bahamas from Haiti and also in light of the more than two months of demonstrations that the neighbouring country has been experiencing in recent times.

The Royal Bahamas Defence Force is actively monitoring changes in illicit trends and patterns which are expected to occur and for which the RBDF must anticipate, adapt and adjust for proactively.