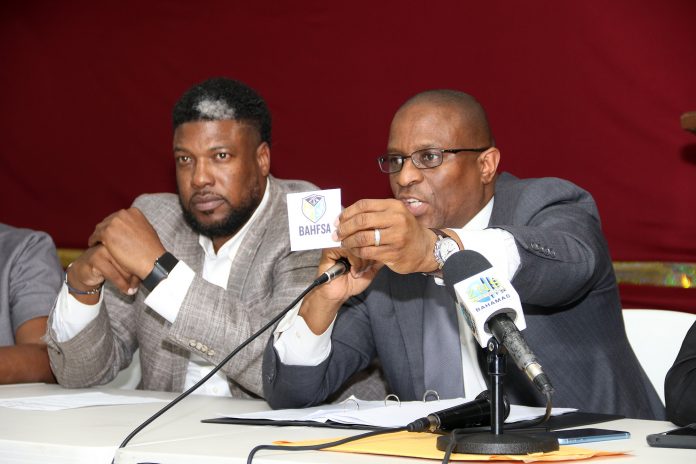 The issue of E. coli in private well water in North Andros was brought to the attention of the Ministry of Agriculture and Marine Resources (MAMR) in December 2019 by The Bahamas Agricultural Health & Food Safety Authority (BAHFSA). The Minister, Hon. Michael Pintard acted immediately and directed BAHFSA to investigate the extent of the problem and the nature of the threat to the farming community and the wider public. Plans were set in motion and on January 13th and 14th, 2020, BAHFSA personnel, along with representatives from the Bahamas Agriculture and Marine Science Institute (BAMSI), Water and Sewerage Corporation (WSC), and the Department of Environmental Health Services (DEHS), collected 25 water samples in North Andros,
at and around the point where the initial presence of E. coli tested positive.

The public water system overseen by Water and Sewerage Corporation (WSC) is not, in any way, affected by E. coli contamination and remains safe for human use and consumption. The Corporation continues its regular evaluation and inspection of its water wells in North, Central and South Andros where none of the wells have
been compromised. The Cabinet was apprised of the investigation in North Andros and subsequently, a Task Force was formed that included multiple Ministries and Authorities, namely, The Bahamas Agricultural Health & Food Safety Authority (BAHFSA), Bahamas Agriculture and Marine Science Institute (BAMSI), Bahamas Agricultural & Industrial
Corporation (BAIC), Ministry of the Environment and Housing (DEHS), Ministry of Health (MOH), the Water & Sewerage Corporation (WSC), Ministry of Transport and Local Government, Ministry of National Security, the Ministry of Public Works (Building Control), and Office of the Attorney General and Ministry of Legal Affairs.

The results of the sample testing revealed that 72% of the 25 samples analyzed had E. coli present. We are awaiting the results of additional testing, however, further tests are needed to confirm the initial findings and to confirm the strain (s) involved. Initial tests for faecal streptococcus were inconclusive thus, are being retested. Other potential water-borne pathogens will also be investigated. A press release to notify the public was made on Wednesday, January 22, 2020 by the Ministry of Agriculture and Marine Resources (MAMR) and the newly formed Task Force. Recommendations on how to mitigate the effects of the contamination and protect the public against any potential harm, were presented.

BAHFSA immediately worked to install two Fruit and Vegetable Antimicrobial Treatment systems to address all agricultural produce destined for retail locally and those to be shipped out of Andros. One system was setup at the Department of Agriculture Packing House on Packing House Rd., a.k.a. Red Bays Rd. and the other system was set up on the campus of BAMSI at its Packing House. On Friday, January 24, 2020, The Minister, along with members of the Task Force and representatives of the media, visited both Packing Houses where a trial run of the Antimicrobial system was viewed. The public can be assured that the staff have been trained and are ready to implement the new order with regard to the treatment of all produce emanating from North Andros.

Later that evening, at 7:00p.m., a Town Hall meeting was held at the Huntley Christie High School, Nichols Town, North Andros. The community was brought up to speed on the private well water contamination. A very candid town hall meeting took place, and the views of the community along with their queries were expressed and answered respectively. A discussion ensued as to the possible source of well water contamination which was suggested to be as a result of unregulated development (lack of bathroom facilities attached to structures not approved for construction). The task force will have more to say on this issue after the ongoing tests are completed within the next two weeks.

The Ministry of Agriculture & Marine Resource has been actively working to determine whether any agricultural Crown Land has been encroached upon by the migrant community of North Andros or Bahamians and will do everything under the law to ensure that if such encroachment has occurred it is brought to an end. Furthermore, the use of Crown Land is strictly for agricultural purposes by those who
are registered to lease the land and thus, have no right to sublease to any individual or group of persons. What is not in dispute is the fact that the Ministry of Agriculture and Marine Resources and its agencies responded with urgency and have updated the public every step of the way thus far. In fact, the Ministry has kept the public abreast of the
situation in a clear, timely, transparent and deliberate way.

The safety of the public is of the utmost importance to the Ministry of Agriculture and Marine Resources and the work of its agencies, particularly BAHFSA. The situation will be monitored closely and information shared as it becomes available.