Home News No Layoffs For Bahamasair 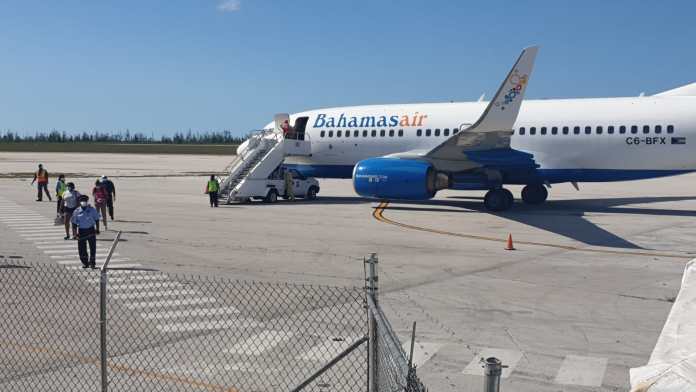 “It is not the intention of the board nor management to reduce any staff.”

That good news applies to Bahamasair’s 595 employees as Minister of Tourism and Aviation, the hon. Dionisio D’Aguilar acknowledged the national airline continues to face significant financial constraints during his budget contribution in the House of Assembly on Wednesday.

While the airline’s subvention has been reduced to 19 million for the 2020/2021 budget cycle, the Aviation Minister says the primary plan is to enhance the airline’s revenues and reduce costs wherever possible.

“Bahamasair was hardly spared the devastating effects of Hurricane Dorian – its revenues were slashed by more than $8 million, particularly as Freeport and Abaco are key highly profitable routes for the airline,” he said.

“We are all keenly aware of the global economic hardship caused by COVID-19, and especially how the airline industry has been brought to an unceremonious standstill. Since the end of March, Bahamasair has seen its revenue drop to almost zero.”

Minister D’Aguilar says the only income the airline recently incurred was from those seven repatriation flights organized by government. While revenue rose to some 92 million in 2019, D’Aguilar said the airline anticipated seeing that soar to 100 million until COVID 19 dashed those dreams.

The Aviation Minister outlined savings were released with a change in it’s ticketing system.

“This transition from the previous passenger service system to the new Hitit/Crane system is expected to save Bahamasair an estimated $3million per year, and will greatly improve the airline’s operations and overall customer experience,” he said.

“In the 2018/19 fiscal year, the last full year that Bahamasair used the old system, the airline paid Sabre $5.12 million-with another $435,000 in ancillary costs-which will no longer be necessary under the new Crane system. For similar activities and processes, Bahamasair will instead incur costs of $2.5 million, representing savings over 45 percent.”

The changes have also seen the closure of some ticket offices as the airline embraces the use of technology.

“Since restarting its operations post COVID-19, the airline has closed two of its three CTOs – the Nassau Street location in Oakes Field and a second location in Freeport at the Culmerville Complex,” the Aviation Minister said.

“For the immediate future, customers can still use the Palmdale CTO and the Airport Administration Building in Freeport. The closure of these ticket offices will save the airline an estimated $186k per annum.”

Bahamasair official also made adjustments to the company’s fleet, as it will acquire a second Boeing 737-700 next generation aircraft to replace the outdated 500-Series.

“The airline has removed this $2.3 million from its upcoming fiscal year cost,” he said.

“The lease of the B737-700 at $1.1 million per year will allow Bahamasair to continue its vital service to the Bahamian people. The new aircraft features 138 seats compared to the 120 seats on the old B737 model, alongside a better fuel burn, greater flight range, operational economics, and reliability.”

While the aviation industry makes adjustments due to COVID-19, Bahamasair is estimating a twenty-two per cent reduction in capacity to international destinations.