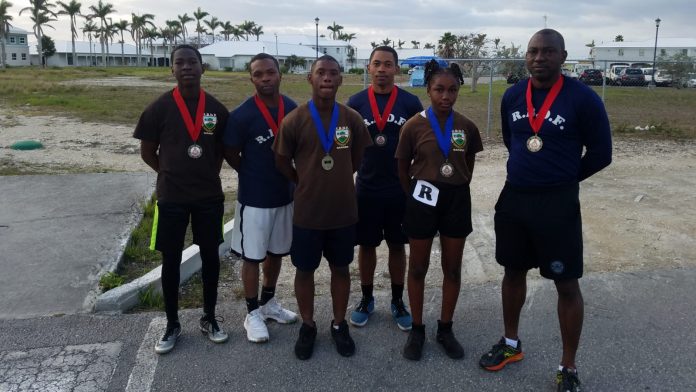 Royal Bahamas Defence Force Officers and Marines attached to the Northern Command recently supported the Police Force by participating
in a several sporting events over the past weekend Led by Lieutenant Commander Whitfield Neely, Commander, Northern Command, the
men and women took part in a basketball tournament at St. Georges’ High School Gymnasium, Freeport, Grand Bahama. Although the final outcome favored the police squad, Lieutenant Fritz was nonetheless pleases with the team’s performance.

The RBDF squad along with members of the RBDF Rangers also participated in a fun run walk event on Saturday March 7th . This 5-mile race began and ended at the Police Headquarters. Able Seaman Kareem Maynard was successful in finishing first overall. As the Police Force observes 180 years of service to the country, the Royal Bahamas Defence Force is observing 40 years as an official organization. As the Royal Bahamas Defence Force fosters an amicable relationship with its law enforcement partners, the organization continues to protect the territorial integrity of the Commonwealth of The Bahamas.