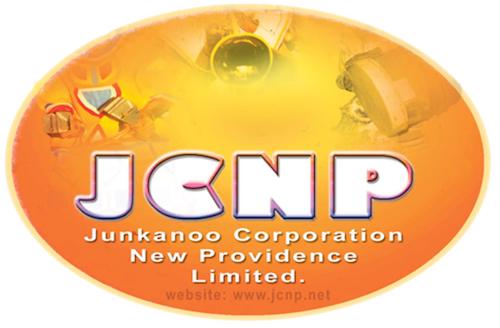 The Junkanoo Corporation New Providence Limited (JCNP) wishes to advise the public that the Boxing Day 2019 & New Year’s Day 2020 parade results was made official on Monday January 27, 2020. The
corporation wishes to congratulate The Saxons and Colors on their victories, as well as all individuals and groups that participated in this year’s parades. The JCNP is pleased to share that the corporation
successfully introduced and executed a new digital scoring platform resulting in quick error free tabulations; due to this upgrade the PMT was able to produce and make public the unofficial results within 30 minutes of the parade’s end time. The JCNP also wishes to advise the public that the 2019 Boxing Day Parade experienced a complete 100% ticket sales performance while the 2020 New Year’s Day Parade experienced a ticket sales performance increase of +14% resulting in a 62% compared to the prior year ticket sales performance of 48%.

In keeping with our pledge of transparency, the public is advised that all scores from both parades will be made available to the public as of 5pm Monday January 27, 2020, and can be accessed through the
online site http://www.jcnpdocs.com. Since the conclusion of the parades a lot of misinformation have been circulated intending to spew confusion and deceit within the Junkanoo Community as it relates to the rules and operating procedures that govern the JCNP and its members. Firstly, the JCNP is a private Corporation where membership consists of member Junkanoo groups all with equal shares.

Contrary to public belief, the Government does not finance the JCNP, instead the Government provides individual groups financial support by way of seed funding. The Government and the JCNP operate based on an agreement in which the Government arranges the procurement of a seating company as well as payment for the selected company, in turn the JCNP manage and sell tickets from which the proceeds are used to pay cash prize packages for both parades. With the assistance of corporate Bahamas, the JCNP is able to hire a PMT, conduct a Judges Course, create costume number etc. and provide some additional seed funding to each registered group.

Since the establishment of the JCNP and subsequent management agreement with the Government, the corporation has always fulfilled its obligations to plan and manage successful Junkanoo Parades in New Providence and has never defaulted in its responsibility to pay groups their earned cash prizes. Every three (3) years the JCNP is mandated to conduct elections for all Executive Board positions. These elections are done in accordance with established elections guidelines and each group is given the opportunity to nominate for any position. The voting body of the JCNP via group votes decides the make-up of the Executive board.

Part III of the Protest Procedures section 60 of the JCNP Rules which speaks to the Parade Aftermath States “The JCNP Shall appoint an Independent Review Committee (the IRC) to hear and adjudicate
protest/appeals submitted to them by the PMT, Junkanoo groups or ‘D” Division participants.” Section 60, subsection (c) specifically states “The IRC will be constituted by way of appointment by the JCNP on
the 1 st of December of every year. The IRC shall be dissolved immediately upon the issue of its written ruling in respect of the final protest before it in relation to that parade season.” Section 65 goes on to say; “The IRC, shall submit their final disposition of a protest in writing to the group or individual that initiated the protest. The official ruling of the IRC is binding on all groups involved in the parades.”

The IRC personnel are nominated by member groups of the JCNP which includes One Family, Saxons, Roots, Colors, The Valley Boys, Genesis etc. After groups nominate persons to the IRC, those persons are
vetted during which if challenged by any member group of individual that candidate is removed. This current Junkanoo season’s 2019/2020 IRC board has served for the past 2-3 years having been renominated by the member groups of the JCNP. The Rules of the JCNP does not provide for any other appeals body as rule 65 states. Nevertheless, the Body of the JCNP after reviewing the report took issue with several aspects of the report. For example as it relates to the Fancy Dancers protest of a 10 point penalty for a vehicle blocking the parade route, the corporation’s view is that a more in-depth investigation by the IRC would have uncovered that the said infraction did not take place on the parade route as stated in the 2019/2020 JCNP Parade Rules.

The Corporation is also of the view that all obstruction penalties constituted a more in-depth approach such as interviews etc. The JCNP also take issue with a ruling as it relates to a Category A lead costume. The IRC report essentially gave (2) different rulings on the Costume resulting in the IRC recommending the JCNP to further investigate.
Needless to say the JCNP is of the view that due to the situation that occurred during the 2019/2020 parade season, the IRC and the protest procedures in general needs to be reviewed. The corporation is
committed to reforming this segment of the parade aftermath in short order ahead of the 2020/2021 Junkanoo Season.

On Friday past the JCNP received an ultimatum from The Valley Boys Junkanoo group stating that if the IRC and its subsequent recommendations are allowed, they will no longer participate in the upcoming parades that is managed by the JCNP. Today, The Valley Boys followed up by submitting electronically a letter of resignation with immediate effect. Whiles the JCNP is disappointed in The Valley Boys decision the JCNP wishes them the best in their future endeavors.