Home News Opening of New Premises of the Industrial Tribunal 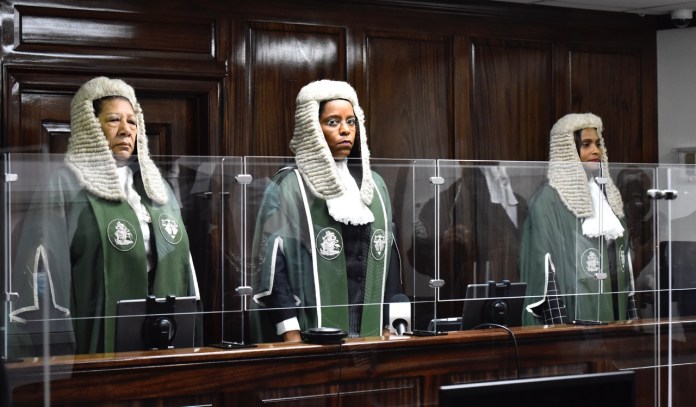 During a virtual ceremony marking the official opening of the new locations, Attorney General and Minister of Legal Affairs, Senator the Hon. Carl W. Bethel said that the move was long overdue. The event was held October 2, 2020. “In response to the mandate to move the Tribunal from the Garnett Levarity Justice Centre, so as to permit long overdue renovations needed to repair roof damage and mold infestations caused by Hurricane Matthew in 2016, the decision was taken to relocate to permanent premises for the Tribunal in Freeport,” said Senator Bethel.

He said renovations to prepare both offices totaled nearly $100,000. A new digital court filing system has been implemented. Calling the move ‘visionary,’ the Senator said that the system would prepare the court for the new normal foisted upon the world as a result of the COVID-19 pandemic. The ‘smart court’ capacities of the Bahamas Industrial Tribunal are modern and efficient, able to function effectively in the virtual age. President of the Bahamas Industrial Tribunal, Indira Demeritte-Francis said that the Tribunal has an important role to play.

“We are pleased to share this milestone moment with all of you today,” she said. Virtual attendees also included: Chief Justice of the Supreme Court, the Hon. Brian Moree; Minister of State for Grand Bahama, the Hon. James Kwasi Thompson; Vice-President for the Northern region, Helen Almorales Jones, and other Tribunalists, former President of the Caribbean Court of Justice, Sir Dennis Byron; President of the Industrial Tribunal of Trinidad and Tobago, Ms. Deborah Thomas Felix; President of the Bahamas Bar, Mr. Kahlil Parker; and Executive Director of APEX, the Caribbean Court of Justice’s Agency for Justice Solutions, Mr. Bevil Wooding.