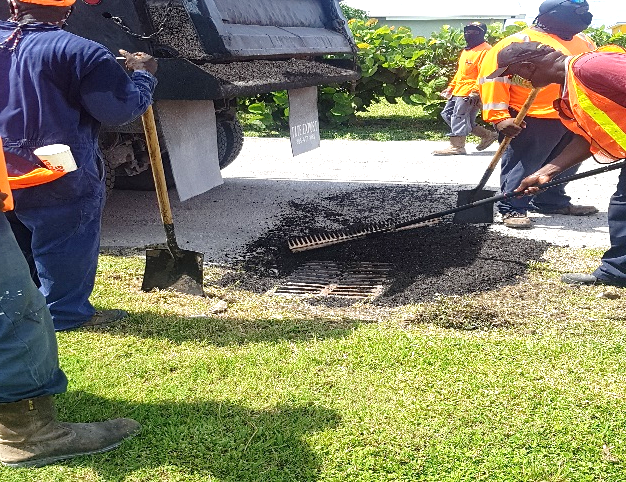 The Office of the Prime Minister Grand Bahama expresses great commendation to Members of Parliament, Hon. Iram Lewis and Mrs. Pakesia Parker-Edgecombe as well as Administrator for West Grand Bahama Mrs. Cristian Palacious and The Ministry of Public Works for leadership and oversight of recent improvements made in West Grand Bahama. The Members of Parliament and Administrator agitated for this important work to be done and played a major role in overseeing the identification of areas that pose immediate danger and hazard to the motoring public and temporary patching of potholes.

Waugh Construction also satisfactorily executed Road Safety and Traffic Management protocols; receiving favorable feedback from the residents of the West Grand Bahama District. This year, the government will complete the reconstruction of approximately 8 miles of road in East, Central and West Grand Bahama. The works will comprise hot-mix asphalt at a cost of $6.1 million.