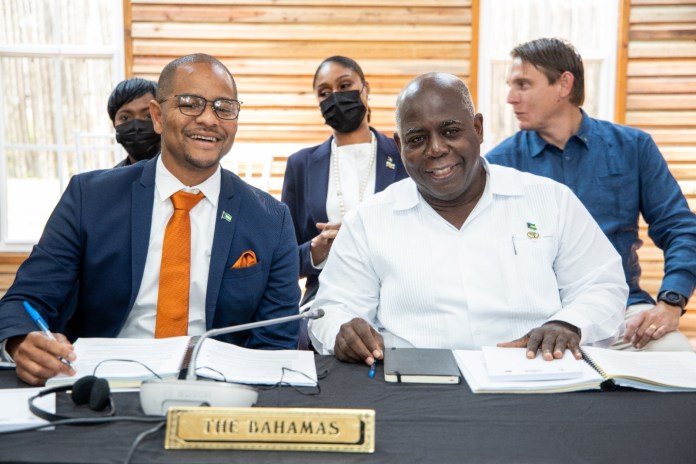 Prime Minister Hon. Philip E. Davis, QC, MP has appointed prominent Bahamian businessman, His Excellency Sebastian Bastian to serve as the Non-Resident Ambassador to the Central American Integration System (SICA) for the Commonwealth of The Bahamas.

The appointment was announced today during Prime Minister Davis’ contribution at the Fourth CARICOM-SICA Summit in San Pedro, Belize, where His Excellency Bastian was present. Prime Minister Davis says Bastian’s appointment is a sign of The Bahamas’ commitment to
engaging in the region at a level that has never existed. Davis went on to say, “I have asked His Excellency Sebas Bastian to be vigorous in his engagement with the region and use his business acumen and skills in outreach for the mutual benefit of our countries and our people. I know he will do well.”