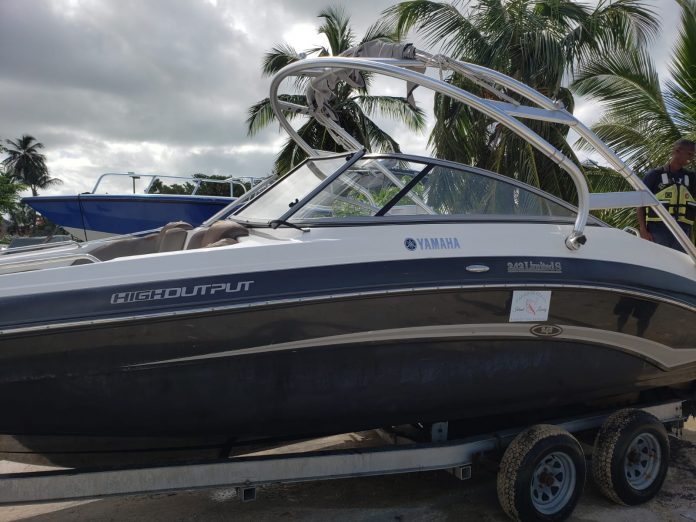 Members of the Royal Bahamas Defence Force’s Harbour Patrol Unit apprehended 3 males this afternoon in Nassau Harbour for failing to produce documentation for their vessel. While on routine patrol at 1:30 pm. Defence Force craft P-115, coxswain by Leading Seaman Mario Ramsey boarded and searched a 24-ft Cabin Cruiser, in the vicinity of John Alfred Dock. Further investigations showed that the men could not produce documentations for the vessel.

The men were detained and the matter handed over to the police for further investigation. The vessel was confiscated. Under the command of Senior Lieutenant Byron McClain, the Harbour Patrol Unit remains committed to assisting in the securing of our borders.