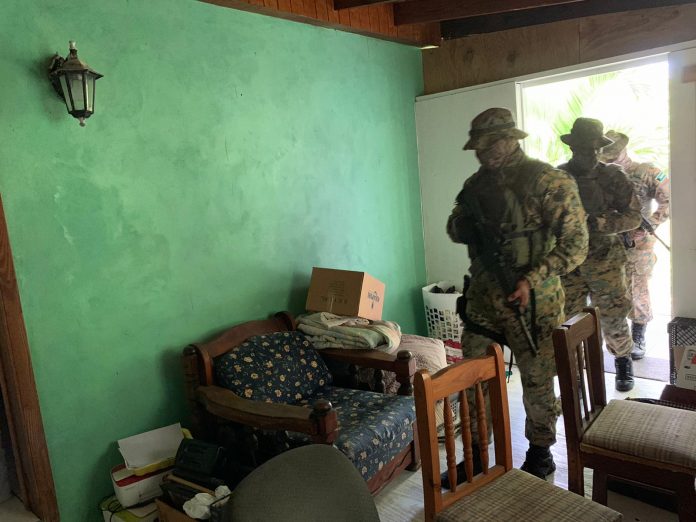 The Royal Bahamas Defence Force’s Roving Land Operations Team operating from Abaco discovered a marijuana field on that island during their patrols this weekend. They alerted Royal Bahamas Police Force officers on the island which led to the arrest of the
resident at that home this morning in Crossing Rock, South Abaco. A further investigation of the property ensued and over 70 marijuana plants were removed along with four illegal firearms from the property.

The Royal Bahamas Defence Force remains on guard to ensure security and stability remain a priority as that island continues to recover from Hurricane Dorian.