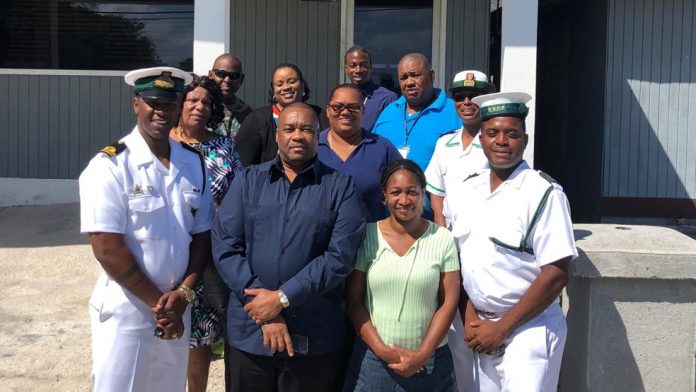 Corporate partners and government officials were recently recognized by members of the Royal Bahamas Defence Force’s Southern Command for their continuous support and services to the organization’s operations. Presenting the awards on behalf of Acting Commander Defence Force, Captain Raymond King was Lieutenant Dominique Rigby, Officer in Charge of Southern Command. The appreciation awards luncheon was held at Shenah’s Restaurant, Matthew Town, Inagua. Plaques and certificates were presented to representatives from the Environmental Health Office, Bahamasair
Office and the Island Administrator, Mr. Marlon Leary.

Bringing remarks at the luncheon was Lieutenant Rigby, who thanked the corporate partners for their contributions while assisting the RBDF in the conduct of their duties. While there are other persons who have also given a helping hand, Lieutenant Rigby looks forward to recognizing them at a later date. The Royal Bahamas Defence Force continues to protect the territorial integrity of the Commonwealth of The Bahamas.