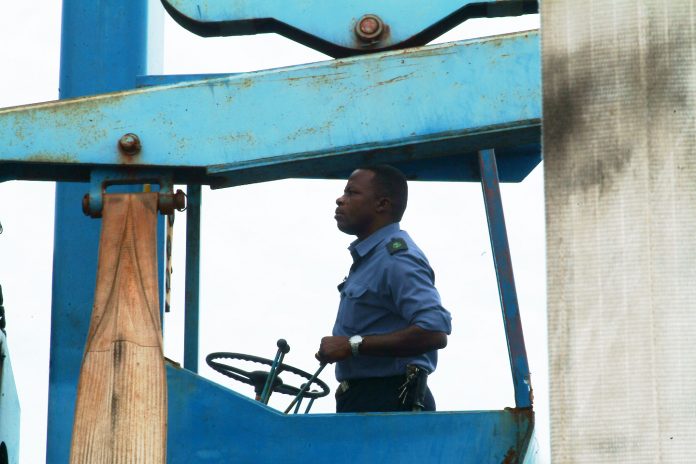 The search for a model of determination and consistency on the Royal Bahamas Defence Force is but a stone’s throw away with our celebrity Chief Petty Officer (Retired) Ronald Errol Greene joined the organization as an enlisted member of Entry 18 on June 23, 1986. Over the span of his 31 years of service, he has demonstrated nothing less than perfect commitment to his duties. Prior to joining the Defence Force, Greene was known for taking risk and challenging himself with difficult tasks. Very few things were impossible for him.

“While working at Tropical Shipping in the early 80’s, I wanted a more challenging career path…and the Defence Force seemed to fit that undertaking in my mind” said Greene. “I inquired and got all the information and that further convinced me. I took all the necessary tests, passed them and got a call a few weeks later to report to the Clarence A. Bain building for training”.

After completing New Entry Training, Ronald Greene was immediately assigned to the Shipwright section of the Engineering Department. His goal was to a well-rounded engineer and as such, throughout his tenure, he attended various training institutions. In 1991, he completed an electrical course at the then Industrial Training College. He returned to the Bahamas Technical and Vocational Institute (BTVI) to complete a diploma in Plumbing, and in 2011, he attained an Associate’s Degree in Construction Technology.

He has also been blessed with numerous opportunities to travel abroad and represent his organization and by extension, the country on overseas courses. These include a Welding course in Mississippi, Ship Maintenance course in Baltimore and a 3-month training course in Holland, to be a part of the construction team for the new fleet of Defence Force patrol craft in 2014. Greene gives credit to individuals who were instrumental in propelling his career. As a member of the Shipyard team, he learned the art of fiberglass repair from Petty Officer Anthony Maycock. He then excelled in the welding, electrical work, plumbing, carpentry and maintenance work on propellers and shafts of various craft. He learned from Petty Officer Rodney Saunders how to paint names and pennant numbers of all crafts, and from Chief Petty Officer Gary Rolle, who taught the operations and maintenance of the Reverse Osmosis system on a craft. As a travel lift operator, he was also responsible for hauling and launching of all craft in the fleet. In 1995, Petty Officer Greene successfully completed the PADI Open Water Dive course, which allowed him to attach the slings to the bottom of the ships in water, before they were hauled on dry dock.

A son of the soil from Moore’s Island, Abaco, he is married to the former Jennifer Miller, and is the father of 5 lovely children. Despite a near-perfect career as a Marine, his fortitude as a family man was tested in 2009, with the death of his oldest son, Renaldo. “There were times I sat by myself during my lunch breaks. Just reflecting on what could have been”, said Greene. “Although I still continued to perform my duties and not let it be a major distraction, I still used to think of what my son could have been. It was a low period in my life, but I was determined to push on,” he remembered solemnly. CPO Greene has gone on to make valuable contributions to the organization. He considers his participation in redesigning the aft bottom of the 95-footers that the government at that time received from the US Coast Guard as one of his highlights.

“It was never done before anywhere in the world with that type of patrol craft,” he explained. “The shipyard decided to redesign, and construct a dome shape over each propeller. This design was to create a smoother flow of water and increase speed from the force of those large propellers. Also, the refurbishment of the deck and superstructure of HMBS Fort Montague, the construction of a new keel for P-34, and the refurbishment of the forward and aft peaks of HMBS Yellow Elder’s deck, I consider some of my most impactful contributions,” he humbly informed.

As he reflected on his military career, Greene credited a no-nonsense instructor for planting the seeds of determination and dedication in him very early. “Leading Seaman Michael Simmons was my most memorable instructor.

We spent so many hours on parade training under his instructorship” said Greene. “Getting knocked out of the ranks with those football tackles for getting a drill wrong, I could never forget,” he chuckled. “The way he shouts out his commands and how forcibly he gives orders, made it easier to absorb and learn the drills he was imparting to us. I used to look forward to having parade training when it was his class”, he admits. Among his acquired accolades, Greene received the Most Outstanding Marine of the year for the Engineering Department and the Long Service award, among other certificates. This alumni of the A. F. Adderley High attends Bahamas Harvest Church and enjoys basketball, football and jogging.

CPO Greene was honourably discharged from HMBS Coral Harbour Base as a Marine for a final time on June 23, 2017. He is grateful for the opportunity to be a part of a great organization. “The impact the service has had on my life is tremendous. After 31 years of service, I have blossomed into a successful, disciplined and mentally strong individual today” said Greene.

“During that journey, I absorbed everything that would have made me a better soldier. Various training at home and overseas, seminars, workshops, learning from my mistakes and mistakes others have made, and watching those who displayed the characteristics of a model marine have all added to who I am today – A retired soldier with his own Maintenance Company, imparting knowledge and wisdom to the young people in my community”. A stellar individual indeed.

His final words of advice to current serving members is simple but power packed: “Keep upgrading yourselves, make sacrifices and attend classes or programs that would benefit you in your upward mobility. For those who may be contemplating or nearing retirement, this phase of your life is imminent if God continues to bless you with health and strength.

Therefore, continue to educate and upgrade yourselves in whatever endeavor you choose to pursue, but start now”. We as a Force and a nation are indebted to you, Retired Chief Petty Officer Ronald Errol Greene for your service and contributions and wish you and yours God speed now and always. Thank You.