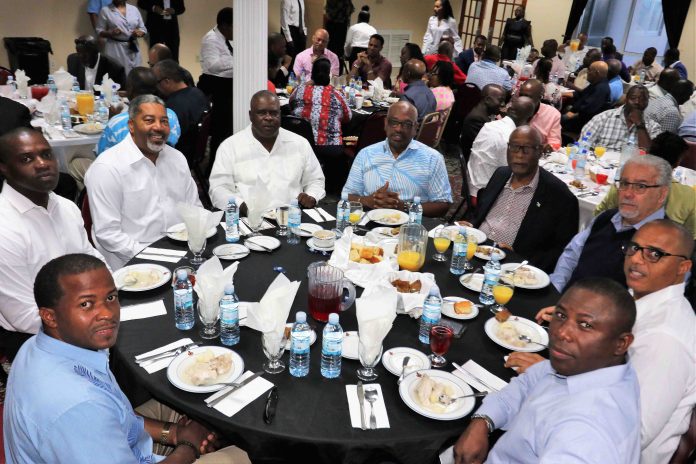 Governor General, His Excellency the Most Hon. Cornelius A. Smith; Prime Minister, the Most Hon. Dr. Hubert Minnis; and a number of Cabinet Ministers, Members of the Judiciary, Heads of the Uniformed Branches, and clergy joined Commissioner of Police Anthony Ferguson and his senior officers at the traditional Royal Bahamas Police Force (RBPF) New Year’s Boil at the Paul Farquharson Conference Centre, Police Headquarters, on January 4, 2020.  Over traditional Bahamian fare, they enjoyed camaraderie and extended best wishes into the New Year.

The Broadcasting Corporation of the Bahamas COVID-19 exposure

The Broadcasting Corporation of the Bahamas COVID-19 exposure