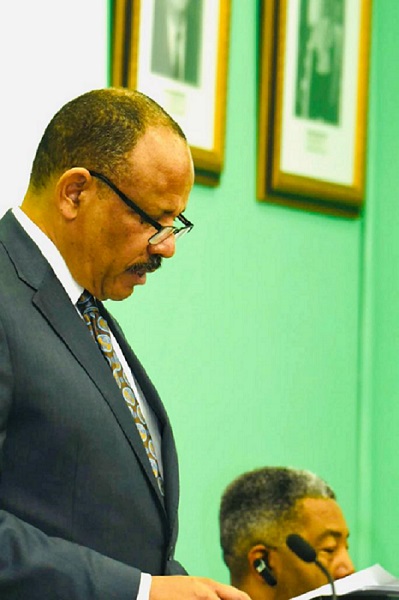 A former health minister today decried the way those who lost their lives or deemed missing in Hurricane Dorian were identified, charging in the House of Assembly that it was not done “very well.”

The official death toll in the aftermath of Dorian was pegged at 74. The actual death count and reconciliation of missing people is still unknown.

“Many families continue to grieve not only for the loss of loved ones but for the uncertainty for what has become of their remains and while the majority of Bahamians have returned to their ordinary lives following the storm, many from Grand Bahama and Abaco continue in suspended states of animation,” Elizabeth MP, Dr. Duane Sands said during no holds barred contribution to the 2020/2021 Budget in the House of Assembly.

“We must empathize with them because they have certainly had their lives shattered. As of today, we do not know collectively who is lost, who is missing or missing and presumed dead. I think we have not sufficiently elevated this matter as a national priority. There is too little focused attention and management of the issue of missing and deceased persons. Responsibility spreads over multiple ministries and agencies…It proved to be a recipe for disaster.”

The FNM MP added that for The Bahamas to close this chapter before another opens, it must look objectively and honestly at its approach to missing and deceased people.

“We started with a list with several thousand persons missing. That list was managed by the Ministry of Social Services. We ended with a missing persons list controlled by the RBDF that included less names than the number of unidentified persons we buried. To this day, we do not know what happened to cause thousands or hundreds of names to be excluded from that official list,” Dr. Sands said.

“There may be justifiable reasonable reasons for pruning the list, but those reasons have not been shared with the public.”

Sands has called for a coroner’s inquest into the matter.