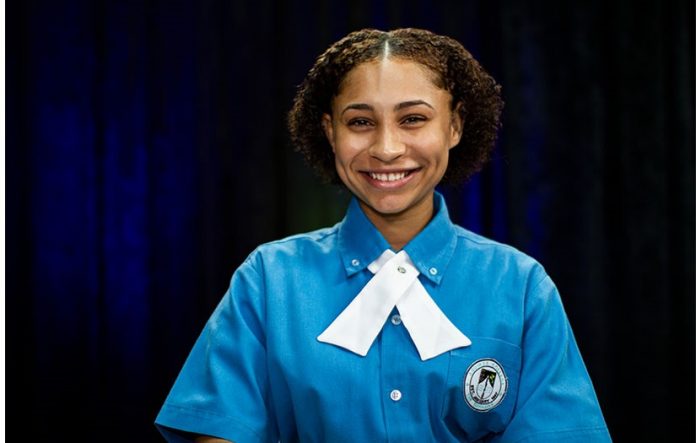 The Laws of Life Essay and Video competition is a joint venture between the Templeton World Charity Foundation and the Ministry of Education. The competition is in its 12th year since its resurgence in 2009. It is organized by the Writing Unit of the Department of Education along with the Laws of Life Committee. The 2020 competition was launched in December 2019 and concluded in mid February. This year, the competition had an overwhelming response from students. Laws of Life Committee Member Mrs. Liesl Wright said , “Following the passing of Hurricane Dorian in early September, 2019, the Laws of Life Committee made the decision to focus the 2020 competition on laws that espoused empathy, care, understanding and appreciation for what our country had experienced”. Students were required, as they are each year, to select a law, expound upon its meaning and offer real-life and personal examples of the law in action. Some of the laws selected were: “Misfortunes can be blessings”,

“Great heroes are humble”, “Listen to learn”, “Where there’s a will there’s a way”, and “Every ending is a new beginning”. Due to the current Covid-19 Pandemic, this year’s annual Awards Ceremony was held virtually on Thursday, September 10, 2020. As is customary, the top finalists in each division were selected and invited to tune in via Zoom for the announcement of the Grand Prize Winners in each division. The element of surprise has become a feature of the competition.

Congratulatory remarks were brought by Dr. Andrew Serazin, President of the Templeton World Charity Foundation and the Hon. Jeffrey Lloyd, Minister of Education. Dr. Serazin expressed gratitude to students for their participation: “The Laws of Life are what really matters during these challenging times”, he said. “The Laws give us the courage to see what is real, to judge fact from fiction, and to see truth no matter where we find ourselves.

Minister LLoyd congratulated the finalists and commended their efforts while expressing his approval of the original intent of the competition: “I believed Sir John also developed this Laws of Life Competition to cultivate the critical thinking and problem solving skills of our students. I am particularly pleased with the diversity of topics, all which called for students to interpret, investigate, research and arise at conclusions…..” he said. In total, there were approximately 3,000 entries in Primary, Junior, Senior, College and Video Divisions. This number has broken all previous records set by the competition. Of the 3000 entries, all essays receiving 90% from an experienced group of markers are further assessed by a distinguished panel of judges.

Ninety-five students from both public and private schools received top awards. The winners in the Primary, Junior, and Senior categories each receive a Scholarship Prize of $ 1,000.00 as well as a $1,000.00 cash prize for their school. The Templeton Worldwide Charity Foundation and the Ministry of Education continue to support this venture for our students. Cash prizes for students and schools as well as scholarship prizes have been provided. The competition has established itself as the largest essay competition in the country, based upon size and funding provided. It continues to grow through wider participation of students throughout the Bahamas. The quality of essays produced each year also demonstrates the excellent writing capabilities of students from upper primary school through college.