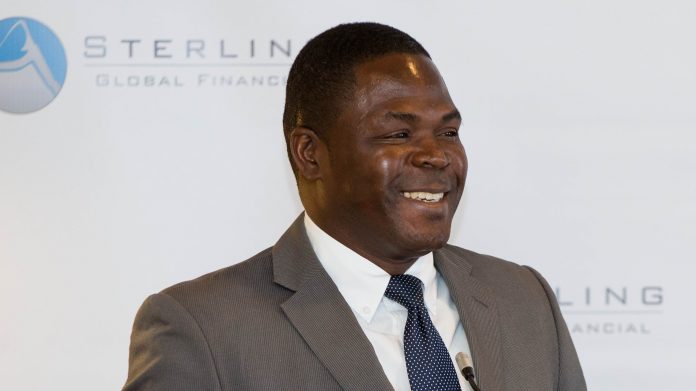 “From the first time I met Khaalis 15 years ago, I was impressed by his leadership ability, work ethic and perspective. He has a remarkable way of combining vision with a willingness to work hard to make it a reality,” said David Kosoy, Chairman, Sterling Group of Companies. “We are delighted to have such young and outstanding talent as a key member of our executive team and, more importantly, such a tremendous human being.” Rolle, 46, holds a holds a B.Sc. Degree from Grambling State University, an MBA from the University of Miami, an Honorary Doctorate from Grambling State University, a certificate in
Management studies from the University of Miami and a certificate in Trade Policy Negotiations from the University of the West Indies. He began his career with ExxonMobil, help launch and grow the country’s first fast ferry system and operated marine tour businesses.

During his tenure as a public servant from 2012-2017, Rolle was responsible for approving more than $5 billion in foreign direct investment, buoying the Bahamian economy and providing
thousands of jobs. He joined Sterling Global Financial in 2017 and in 2018, when Sterling completed the purchase of nearly 16 acres of prime real estate on Paradise Island that included the iconic Hurricane
Hole Marina, Rolle assumed an executive leadership role for the project along with pending resort developments on the company’s drawing table. The 5-year Hurricane Hole mixed use development the first new major investment in the island that is home to the world-famous
Atlantis Resort, is expected to generate some 600 construction jobs. When completed, it will feature retail, dining, professional office space and luxury residential along with a completely renovated marina capable of handling the world’s largest mega-yachts.

In addition to the Hurricane Hole redevelopment and international funding, Sterling’s current projects in The Bahamas include partnership in THIRTY SIX, high-end residential also on Paradise Island, Ocean Terraces on West Bay Street in Nassau and new injections into the
economies of Abaco and Eleuthera.

“Khaalis has been instrumental in the growth we’ve experienced at Sterling. Having Khaalis manage our advisory and service business will ensure that we continue to provide a Sterling level of service to our partners and customers.” said Steve Tiller, Sterling President and CEO.
The growth noted by Tiller has been substantial with the company that has more than $10 billion under administration adding private banking to its services portfolio & construction management to its performance. The company employs about 150 and its job sites now account for more than 500.

Suspension of operations continues at Bahamasair

Suspension of operations continues at Bahamasair

Lend a Hand Bahamas receives an additional $50,000 donation from Kiril...