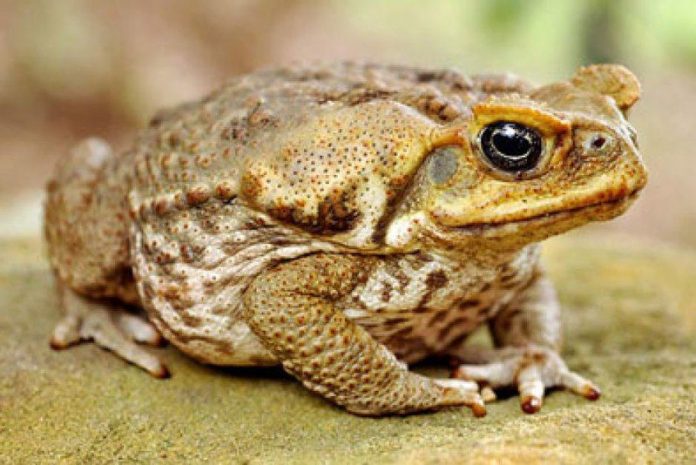 Officials are hoping to come up with the most appropriate strategy to address the new outbreak of the invasive Cane Toad.

The species first hopped on the local scene in Lyford Cay in 2013. It is believed to have entered The Bahamas by way of an imported plant material.

At the time, there was an intense day to night Seek and Destroy mission launched against the toad.

Last month brought reports that it had returned in gated western community of Venetian West.

According to officials, efforts will be made to identify if the toads may have been transported inadvertently from one location to another of if this is a new importation.

Native to South and mainland Central America is the world’s largest toad.

It has poison glands and the tadpoles are highly toxic to most animals if ingested.