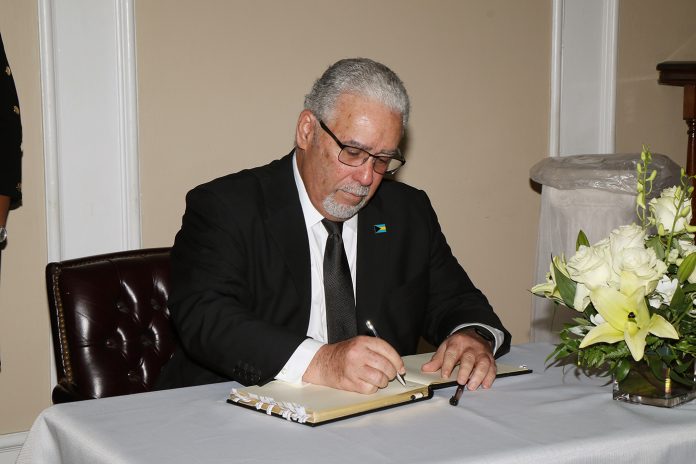 The Cabinet Office is pleased to advise that Her Majesty the Queen has
given her approval for the conferment of the honour of Knight Bachelor upon the Honourable Mr. Justice Brian Marcel Moree, Q.C., Chief Justice of the Commonwealth of The Bahamas. The Hon. Brian M. Moree CJ, was admitted to the Bahamas Bar in February, 1979 and throughout his career he has served in many professional capacities in both the private and public sectors. He is the former Senior Partner of McKinney, Bancroft and Hughes, and served as head of the Litigation Department. His practice included commercial and civil litigation, insolvency, corporate, trust structuring and financial services involving transactions and cases in multiple jurisdictions including Europe, the Cayman Islands, the British Virgin Islands, the United States of America, Canada, South America and Africa.

His public service activities span over twenty years, and include, Acting
Justice of the Bahamas Supreme Court in 1997 and 2015. He is a former lecturer in Civil Procedure for the Bahamas Bar, a former Director of the Bahamas Financial Services Board, a former member of the Judicial and Legal Service Commission, former Chairman of the Public Service Commission and former Co- Chair of the Arbitration Tribunal. Mr. Moree was appointed one of Her Majesty’s Counsel for the Commonwealth of The Bahamas in 2009.