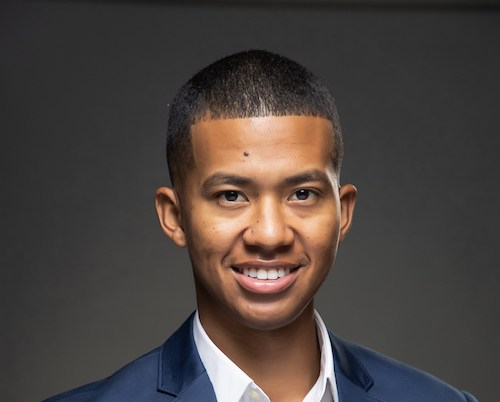 If ever real estate ran in someone’s DNA, it flooded Timothy Smith’s. Three years after he made an early-in-life career change, swapping a desk at one of the Big Four accounting firms for a chance in the competitive arena of real estate, Timothy Smith is shattering records, racking up wins and landing in the rarefied air normally reserved for those with decades in the business. The tall, slim associate with Better Homes and Gardens Real Estate MCR Bahamas Group credits a 4-pronged approach to an industry in which historically more people struggle to survive than succeed. His path to success – studying the market as if he were going to be tested every day, a 24/7 work ethic (“I never take a day off,” he says), fierce dedication to social media outreach and negotiating every deal for a client as if it were his own money.

Smith’s record is impressive. One year after he entered the profession, he was named Mario Carey Realty’s rookie of the year. That was 2017. Two years later, in 2019, he won top producer in the company that is now part of the global Better Homes & Gardens Real Estate franchise. Even with brokers and agents sharing listings on MLS (Multiple Listing Service) Smith’s accomplishments stand out – he’s accumulated more than $20 million in listings, an achievement few ever match, let alone in their third year in the business. To look at Smith, or talk to him, you’d think he is relaxed, chill. The reality is quite the opposite. Mentor Mario Carey, who Smith credits with teaching him much of what he knows, says Smith is “a natural, one of those who everyone likes being around, a most valuable player type in a professional environment, constantly studying and sharing what he discovers, a rare combination that makes him a great team player and his constant eye on marketing gives him a real edge that is especially admirable in a competitive industry.”

Smith, who grew up in Nassau, zipped through school, played sports, earned a degree in accounting from Georgia State University, worked for a major accounting firm for two years in addition to interning during four college summers, and left the profession to turn to his real passion, real estate. He earned his real estate license in 2015 and joined Mario Carey Realty the next year.  The athletic agent, who is also an entrepreneur with self-drive truck rental company, E-Z Haul, calls himself an anomaly. His self-pronounced key strength is social media marketing. He does his own. “A lot of people pay for their social media marketing to be done for them,” he says. Not Smith. He spends hours daily updating his, part of a routine that involves almost never taking a day off. His mind revolves around a profession where success means grasping trends ahead of the game and acting swiftly.

It’s a process and practice that pays off. Among the sales that pushed him to the top of his firm, bested only by the two managing partners who are excluded from top producer honours, Mario Carey and Tim Rodland, was a 5-acre commercial development site on Village Road that went for a handsome price and a property in Ocean Club Estates, a deal Smith closed after it had been on the market for more than one year.  “Real estate is a very crowded field with more than 700 licensed BREA (Bahamas Real Estate Association) agents in this country,” says broker Mario Carey, an industry leader who has handled more than $2 billion in transactions over a 35-year career. “When I founded Mario Carey Realty in 2008, I wanted to create a full-service firm with sales, leasing, appraisals, vacation rentals, relocation services, assistance with financing and a multi-lingual team, but above all, my goal was to identify and nurture a group of young people who would be the future of real estate in this country.”

Timothy Smith is one of those who meets the criteria, says Carey. “Tim is not just a team player but one who will create the model for what real estate professionals will be in the future, he is the future of real estate in The Bahamas,” said Carey. “I am very proud to announce him as producer of the year.” Better Homes and Gardens MCR Group with offices in the Shoppes of Cable Beach, Nassau, is part of the world’s fastest growing real estate company and was the first outside the United States to be granted a BHGRE franchise.