Home News Tourism’s accelerated recovery in wake of Dorian to be cut short... 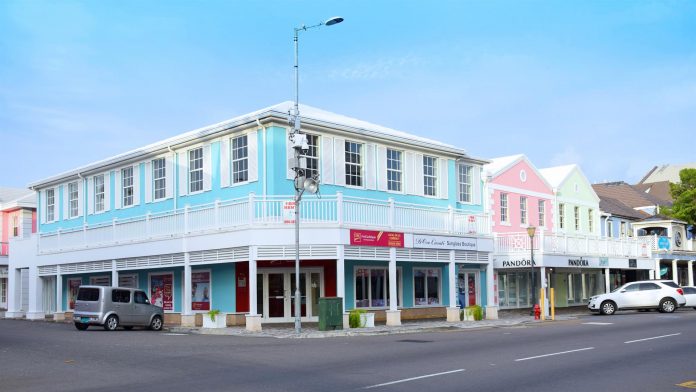 The Bahamas’ tourism industry’s accelerated recovery in the wake of the monster storm, Hurricane Dorian in 2019, is expected to be cut short by the global presence of COVID-19, House Members heard Wednesday. Minister of Tourism and Aviation, the Hon. Dionisio D’Aguilar said the country was “well on its way” towards an accelerated recovery in the aftermath of Dorian that would have placed the country “vastly ahead of schedule” until the COVID-19 Virus reared its head globally. “Until COVID-19’s rapid and uncertain spread throughout much of the world, our thriving tourism industry – the engine driving much of The Bahamas’ continued growth – showed no signs of slowing down,” Minister D’Aguilar told House Members.

“We were poised for another year of success, another year of growth, another year of plenty which is why it pains me deeply to stand in front of you all and recognize that around the world, tourism is shutting down.” Addressing the House of Assembly on the impact of COVID-19 on The Bahamas’ Tourism Industry, Minister D’Aguilar said statistics show that the country enjoyed its “best year ever” in 2019 with the record arrival of 7.2million visitors. He said during that period air arrivals grew by 6.7 per cent, cruise traffic by 10.3 per cent and total arrivals by 9.4 per cent. “Unprecedented and historic!” Minister D’ Aguilar told Parliament. Minister D’Aguilar said 2019 followed on the heels of a successful 2018 during which tourism’s direct contribution to Gross Domestic Product (GDP) was the highest in the region at 40.4 per cent, while accounting for 48 per cent of total direct employment. He said despite slower than anticipated arrivals in January, 2020, overall arrivals increased by 7.9 per cent.

However, COVID-19’s rapid and uncertain spread throughout much of the world is expected to have a dramatic and drastic impact on the local, global and global tourism industry. Minister D’Aguilar said the World Travel and Tourism Council estimates that some 50million jobs are at risk worldwide in the tourism sector. Global travel is also expected to shrink by 25 per cent as countries around the world, including The Bahamas, are actively closing their borders as part of preventative measures. “Hotels will be vacant. Ports will be deserted. Streets will be empty. The lifeblood of our country will be devoid of the many millions of foreign visitors that are so economically impactful in our everyday lives. We are facing an economic calamity that will almost certainly exceed that of Hurricane Dorian – the most powerful hurricane to ever strike The Bahamas,” Minister D’Aguilar said. “Quite simply, the tourism industry – worldwide – faces a significant, some would even say, catastrophic collapse in the near term. One need only look at our Forward Booking Data which reveals absolutely no bookings for the foreseeable future as potential vacationers retreat into their homes worrying about the uncertainty of their own short term economic prospects and pushing any thought of any type of vacation out of their realistic realm of possibility.”

Minister D’Aguilar said international travel restrictions, airline and event cancellations, and the perceived risks of global travel “even as the world comes to grips with COVID-19” will significantly slow The Bahamas’ economic turnaround. “As COVID-19 continues to spread uncertainty and stoke fear around the globe, The Bahamas is confronted with extraordinary vulnerability owing to our pronounced reliance both on the United States and cruise lines. Indeed, the Prime Minister highlighted that some 82 per cent of stopover visitors hail from a country (that) is slowly closing itself off to the world, while 75 per cent of our foreign visitor arrivals depends on a cruise industry which has entirely ceased operations,” Minister D’Aguilar added. The Tourism and Aviation Minister said it was just one week ago that The Bahamas was featured in the most recent Travel market report as the “safest” country to travel to within the Caribbean amidst the spread of the virus.

“Then the U.S. rolled out its new travel restrictions and this led to a mass exodus of foreign visitors wishing to return home to avoid being locked out by any sudden change in travel rules to The Bahamas. In fact, when asked by reporters yesterday whether Americans should continue to travel to the Caribbean and Mexico, President Trump strongly advised his citizens to stay at home, in their houses, until further notice. I predict that on the back of such announcements, hotel occupancies will rapidly trend down to zero as the travel bans, airport closures and border shut downs become the new norm.” Minister D’Aguilar said The Bahamas’ tourism industry will be “strained to its very core” by a prolonged crisis in its crucial international markets and the corresponding collapse of key airline partners. The two impacts, he said, augur extremely challenging times as The Bahamas is particularly sensitive to the fate of the airline industry as some 85 per cent of all stopover business is generated from travelers within the U.S. markets. “We must be candid, forthright and brutally honest with ourselves about what the next two to three months will look like,” Minister D’Aguilar added.

Mr. D’Aguilar said ministry officials, their partners and stakeholders will not sit idly by in face of the expected challenging times ahead for the industry. “As the world continues to react to the abrupt halting of the engines driving tourism across the globe, I wish to assure you and the public that this ministry will not sit idly by,” Minister D’Aguilar told House Members. “We will not be spectators even as the curtains of uncertainty draw to their inevitable close, we will face the darkness with steadfast determination and unwavering commitment to the Bahamian people. We will not be bystanders – this ministry is acutely aware of what it takes to respond in the face of disaster, and we will be ready to let the world know that The Bahamas is open for business once again when this pandemic is behind us.”