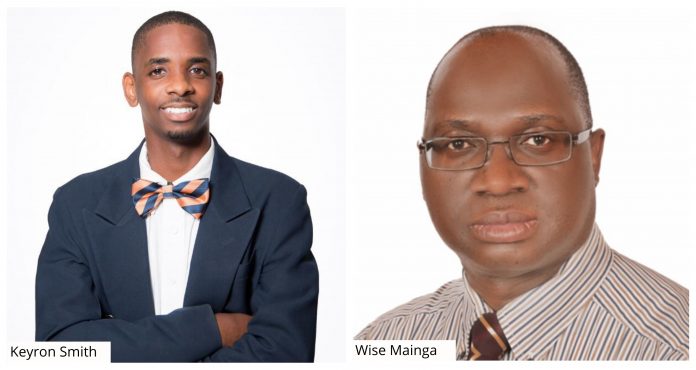 In the midst of a national emergency sparked by the COVID-19 pandemic, University of The Bahamas (UB) forged ahead with its research presentations, five days after transitioning to remote operations and announcing that previously scheduled events had been postponed or cancelled. On Friday 20th March, University researchers, who would have traditionally presented before a face-to-face crowd, were instead connected to those listening via an online conferencing application. Campus Sustainability Coordinator Keyron Smith’s research concluded what many have claimed all along – that the local government system in the Family Islands suffers from insufficient subsidies, deficiencies in central-local relations, undue influence of party politics, and inconsistencies in delivering good governance. His study explored the system’s challenges to determine whether decentralising more power from the central government to local government would improve governance on the Family Islands.

During his presentation, facilitated via ZOOM, Smith posited that especially now, a more robust local government system would play a critical role in mitigating the spread of COVID-19 in the Family Islands as those communities would have been better equipped both financially and administratively. His study was based on qualitative interviews with former and current local and central government officials. “In terms of disaster preparedness, local government has a critical role in preparing people for crises like [COVID-19],” he explained. “They would not take over the functions of the central government. However, they would be a supporting figure in terms of disaster preparedness and education about disasters; what to do in these crises because they are on the ground when it comes to persons in the community.” He noted that since its implementation in 1996, local government has been a source of displeasure among Family Island officials and residents primarily because of the lack of autonomy to manage local affairs. Interviewees, including a former minister of local government, pointed to a woefully inadequate system essentially reduced to a “babysitting service club”, he said. Smith also offered more insight into the interviews conducted.

“They talked about basically operating on skeleton budgets and only being able to maintain certain areas,” he noted. “So they’re not able to be innovative and implement new programmes because they only have the financial means to maintain what they already have. And so in this case they are mainly managers of their communities rather than innovators due to that lack of funding.” His analysis determined that local government institutions need further decentralization and more efficient practices to aid good governance. Also presenting at Research Edge was Associate Professor, Management Dr. Wise Mainga who shared exploratory findings into the perceptions of employability skills of undergraduate business students at one university in Papua New Guinea. The objective was to examine the perceptions of three groups of respondents on various job market skills for business studies graduates seeking initial employment. The findings suggest areas for potential improvement in order to fulfil employers’ needs.

Dr. Mainga noted that employers are not merely seeking potential hires who have the necessary qualifications to do a particular job, they also desire candidates with adaptability skills and the ability to manage the daily complexities of an evolving workforce. “In today’s world you can’t have a linear career path anymore,” he added. “Most graduates these days will have to jump from job to another or from one employer to another, and sometimes you have to jump from one sector to a different sector. And that requires the ability to be able to be learn over time.” Research Edge is a forum dedicated to the discussion of diverse research studies conducted by UB faculty, students and community professionals.