Norman Ferguson, 73, is awaiting sentencing after being convicted of unlawful intercourse with a young girl who was eight years old at the time of the incident.

Ferguson was represented by Carlton Shurland who informed the court that Ferguson was not eating while in prison and that his family is not placing any money on his prison account.

Ferguson has been in similar situations on other occasions the court was told by a probation officer. He also previously served prison time for rape in 2001. Ferguson’s attorney argued that his client’s past is not relevant to the current case.

This latest incident of which Ferguson has been convicted occurred in 2019. He was caught on top of the young girl by his wife. The victim was examined by doctors after which it was revealed that she had been raped.

The court has adjourned the matter to December 13th when Ferguson is expected to be sentenced. 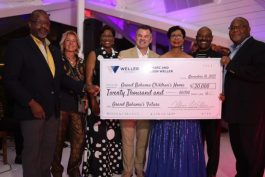