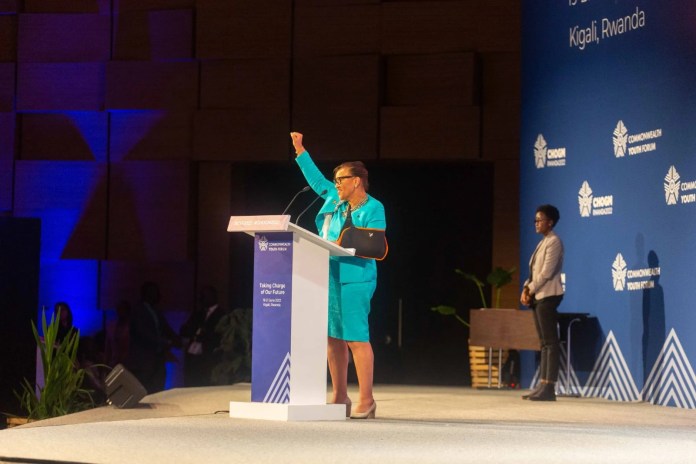 The Government of The Bahamas backed Baroness Scotland during her election campaign six years and continued to do so during this year’s Commonwealth Heads of Government Meeting (CHOGM) in Kigali, Rwanda. The Hon. Fred Mitchell, Minister of Foreign Affairs, hailed Baroness Scotland as a champion for small island developing states in his message this morning, emphasizing her excellent work in keeping the organization running during times of difficulty.

Baroness Scotland won today after getting the backing of the majority of the 54 Commonwealth Heads of Government gathering in Kigali, Rwanda, who voted in her favour. The Minister of Foreign Affairs, Fred Mitchell, praised Prime Minister Phillip Davis for his involvement in working the floor with his other heads to ensure Baroness Scotland’s triump was fair and reasonable.

The Ministry of Foreign Affairs joins out Ministers and member states in wishing the Secretary General the best of luck in her remaining tenure, and we look forward to working with her.

At November’s COP27 climate conference: “decisions will have significant ramifications for our people and nations” – P.M Davis

PM Davis – First regional leaders’ conference on the impacts of climate change explored differences and issues, towards consenus, and “a united front”