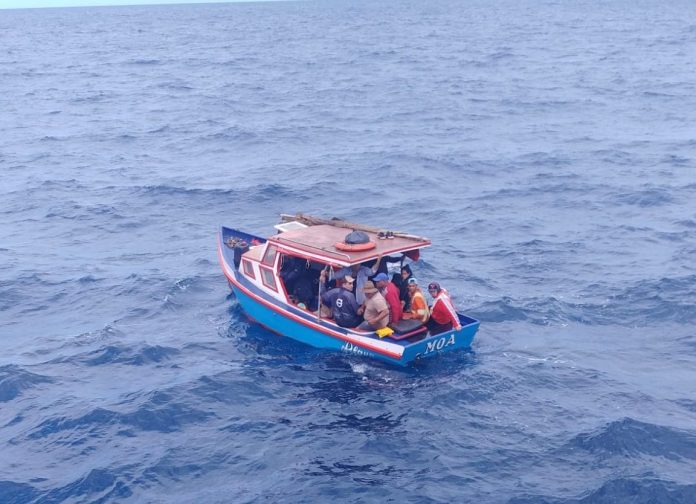 A group of Cuban Nationals was apprehended in Bahamian waters Tuesday afternoon in the southern Bahamas by members of the Royal Bahamas Defence Force. During a routine patrol, HMBS ROLLY GRAY under the command of Lieutenant Themo, intercepted a 21-ft Sports fishing vessel approximately fourteen miles east of Cay Santo Domingo shortly after 2:00 pm. Onboard were a group of Cuban nationals, who were subsequently removed and taken aboard the Defence Force craft.

They will be brought to the capital and handed over to the relevant authorities. The Cuban Embassy has since been notified.

The Royal Bahamas Defence Force remains committed to protecting the territorial integrity of The Bahamas and keeping our borders secured.