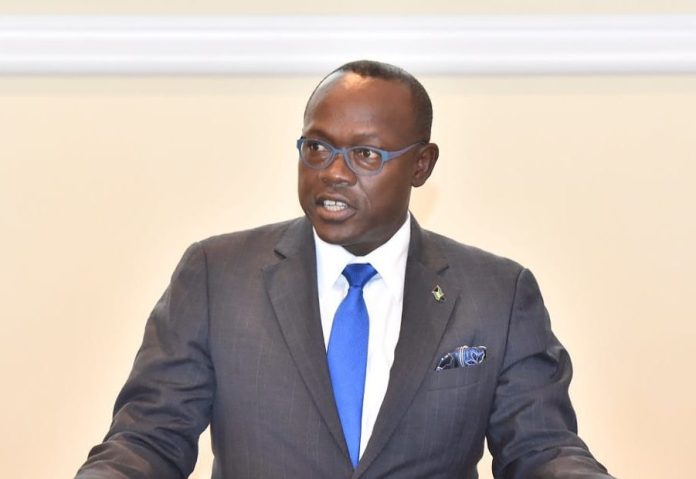 The Government is about to implement a sustainable plan beyond the five-year cycle for the redevelopment of Downtown Nassau, said Deputy Prime Minister and Minister of Tourism, Investments & Aviation the Hon I Chester Cooper. He was addressing a meeting with downtown property owners held in the Compass Rose Ballroom, Margaritaville Beach Resort Nassau on Tuesday, March 22, 2022. Also present were Senator the Hon. Ryan Pinder, Attorney General, officials from the Ministry of Tourism, Investments & Aviation, and
other officials.

In acknowledging that there exists a raft of legislation in the form of concessions to aid in the redevelopment of downtown, his message was also clear for the way forward. “We will implement a sustained plan that will outlast me as minister and beyond the 5-year political cycle. But consensus among property (owners) is not required for the government to lead the way forward,” he said.

According to the deputy prime minister, the city center is no longer a hub for merchant ports. And it is no longer the epicenter of retail commerce it once was.

“But the fact remains that there is money to be made downtown,” he said, “for artists and artisans, for those directly in the tourism business, for existing property owners and many, many others.”

He told the business property owners that if they are not interested in being in business in the downtown area, this administration fully understands that. However, disinterest cannot translate into inaction. “But we want to work together. Therefore, this is why I make this call to action,” he said.

The Deputy Prime Minster then pointed out projects being undertaken to improve the aesthetics of Downtown Nassau, with a view towards economic growth and Bahamian ownership.

Among these are: more than $200 million being invested in the new Nassau Cruise Port, a new United States Embassy at some $300 million in addition to a new proposed Central Bank building estimated to cost will over $100 million.

“In addition to that, the government of The Bahamas intends to construct a new Cabinet building downtown before the end of this term in
government.

“We are looking at over $700 million in investment into the downtown area in the next few years alone,” he said. “Add to that The Pointe, and we would be looking at close to a billion dollars in investment.” However, the deputy prime minister said that this would still not be enough to transform one of the busiest ports of entry in the region.

“Our tourism is rebounding strongly. Despite our challenges we still consider ourselves the leaders in the region,” he said.

He envisioned that the vibrancy of downtown should be the story for visitors to tell friends and family, it must be ‘destination’ that serves as the bridge between Atlantis and Baha Mar — two of the most famous and meticulously constructed resorts in the world.

“Downtown should be a memorable, authentic and safe journey stretching west to Arawak Cay, which is also being targeted for redevelopment, all the way east to Potter’s Cay Dock, also on the government’s drawing board for redevelopment,” the deputy prime minister said. He lamented that this is still on the drawing board, and called on all stakeholders to figure out how to entertain and attract millions of visitor to spend their vacations in a safe, diverse, dynamic and varied place.

In this vein, the Small Business Development Centre and the Tourism Development Corporation are already being positioned to aid in this transformation, the deputy prime minister said. And, that plans are underway for a collaborative inter-ministerial approach to tackle these issues head-on. The deputy prime minister also pledged to meet with the business property owners to further discuss the way forward.

“I want to be clear that though I seek the way forward to be one of mutually beneficial partnership, the thrust of this administration is first and foremost progress. And we are not willing to sacrifice progress pursuing partnerships that will not bear fruit,” he said.