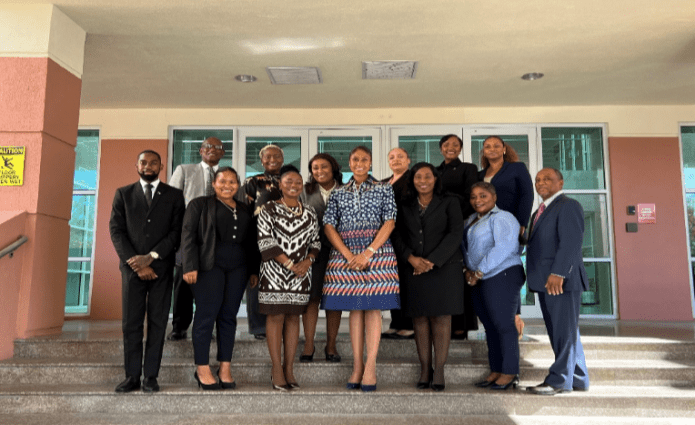 On Tuesday, 22nd February, 2022, as part of the orientation process for envoys heading overseas to represent the interests of the Government and people of The Bahamas, H.E Leslia Miller-Brice met with nine (9) diplomatic and consular officers who are scheduled to be posted to various Bahamian diplomatic missions around the world.

The officers were briefed on the work of The Bahamas’ 50th Independence Celebration Committee and the CARICOM Affairs Division of the Ministry of Foreign Affairs. The Meeting was held at the Ministry of Foreign Affairs, Goodman’s Bay Corporate Centre, West Bay Street. High Commissioner-Designate Leslia Miller-Brice has been nominated as the country’s envoy to the Caribbean Community (CARICOM) and to most CARICOM Member-States.