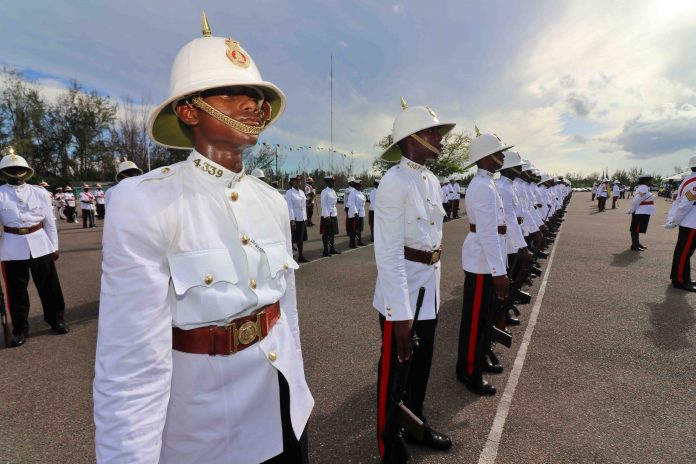 The changing of the guard for years has signified a level of discipline and order within the Royal Bahamas Police Force.

On Thursday, dozens of members of the RBPF marching band and others converged at police headquarters to return to the important historic tradition, as a part of continued celebrations during police months.

Present at the event, was Minister of National Security the Hon. Marvin Dames, who noted that the changing of the guard along with events like the salver awards, a ceremony designed to honor retired officers held also on Thursday, both help to encourage growth and commitment within the organization.

“As senior officers retire, what would happen is that they would be issued or given or be awarded with a salver, which is a recognition of years of distinguished service within the organization.” He said.