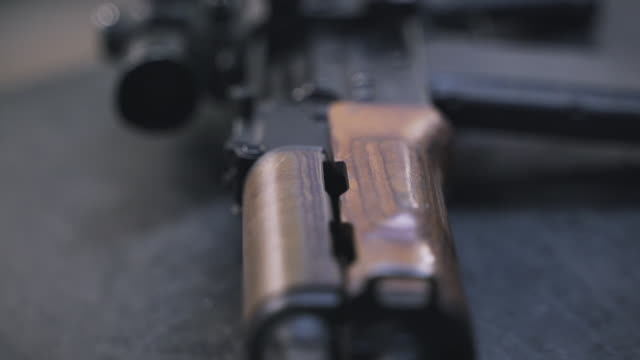 Three men, ages 23, 28 and 32 were arrested Monday, after being caught with high powered weapons.

That incident taking place in Freeport, Grand Bahama shortly before nine o’clock Monday morning when officers from the plain clothes branch, assisted by officers from the canine unit, executed a search warrant at a home on Belgrave Lane, in the back of town area.

During surveillance they saw three men coming out of a vehicle with a firearm. Two of the men went down a service track road and placed a gun in the bushes. Officers ran towards the suspects who tried to flee.

However, they were captured and taken back to the bushy area where police found a black ar15 rifle with a scope attached another rifle and ammunition was also discovered.

The suspects were arrested and taken into custody.

Police say two of the men are known to police and are on bail for murder and attempted murder.