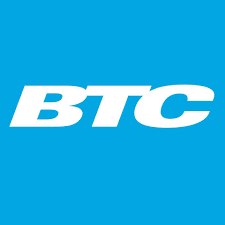 The blaring sound of an alarm that echoed from various mobile phones at the Ministry of National Security on Wednesday, was evidence that the official test of the Marco Alert system on BTC’s mobile network was indeed a success.

Wednesday’s public test was the result of a long-held relationship that was forged between the Bahamas Telecommunications Company (BTC), the Royal Bahamas Police Force (RBPF), the Ministry of National Security and other technical stakeholders to bring the Marco Alert to fruition.
MARCO Alert – which stands for the Mandatory Action Rescuing Children Operation Alert – is named after the late Marco Archer, an 11-year-old sixth-grade student who was reported missing in September 2011. His death sparked public outrage and a move by government to implement a system of rapid response whenever a child is reported missing.

With the successful implementation of Marco’s Alert, The Bahamas is expected to join many countries worldwide, with a child abduction alert that has been patterned after the AMBER Alert system in the United States.

Present on Wednesday for the Marco Alert test were Marco’s relatives; Minister of National Security, The Hon. Wayne Munroe; First Lady Ann Marie Davis from the Office of the Spouse; BTC’s CEO Andre Foster and Deputy Chairman of the BTC Board of Directors, Valentine Grimes.

“BTC loves to celebrate big moments and achievements, however this is a bittersweet moment for us as a company,” Foster said. “We are happy that we have successfully completed the Marco Alert test, however, the need for such an alert system speaks to greater concerns we have in our society to protect the most vulnerable, our children. I am proud of my team’s efforts as they have worked with the Ministry of National Security on the implementation of this alert system, and although it works well, we hope and pray that there is never a need for the Alert to be used.”

“We thought about what we could do as a fitting tribute to the family, and we reached out to our own celebrity artist, Jamaal Rolle, to paint a portrait for the family, as a memorial to him,” said BTC’s CEO, Andre Foster.

BTC has recently provided donations to the Families of All Murder Victims (FOAM) organization as well as The Bahamas Crisis Center, enabling them to provide support to those affected by gender-based violence. BTC looks forward to the successful implementation of the Marco Alert system in the near future.