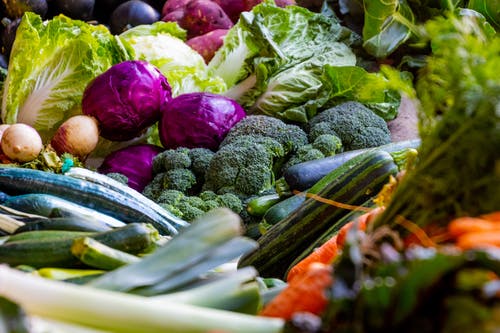 Over 400 million people across the planet have been diagnosed with diabetes. It is one of the most prevalent global health issues; but although the number is high and growing in many countries, there are ways to prevent and control it.

The Healthy Caribbean Coalition – a regional alliance of civil society organizations for non-communicable diseases (NCD) in the Caribbean – points to “a nutritional transition towards the consumption on ultra-processed foods” as being one of the major factors which has led to “the crisis of overweight and obesity globally with the Caribbean and other SIDS (small island developing states) being among the most negatively affected”.

In short, starting cutting back significantly on the consumption of processed foods will dramatically improve overall health. This means staying away from the chip and soda aisles in the grocery store; and purchasing fresh fruits, vegetables and water to snack on instead.

Diabetes Dietitian at the Better Living Health Center, Dr. Idama Hanna explains that people often mistakenly take the wrong route when looking into diabetes prevention. Although a piece of asparagus instead of a donut is a better choice, eating bitter plants and vegetables will not be enough.

“For some complaints especially diabetes, the mere bittering of the blood will not work in the long term when the two main factors of the problem are ignored, namely; poor diet and lack of exercise.

“The typical Bahamian diet is very unbalanced it is high in fat, cholesterol and refined carbohydrates while low in natural fiber” she says.

The best way to curb the issue is to consume food high in natural fiber. Whole plant foods, as these are called, are known to normalize blood sugar levels. Hanna says that swapping out a glass of juice for an orange; eating whole wheat bread instead of white bread; and whole grain cereals instead of sugary cereals are simple choices that can be made when gradually adjusting to a healthier lifestyle.

On the other side of the spectrum lies refined foods, which spike blood sugar. Eating foods that are high in fiber and low in refined oils prevent urges to overeat and help with normalizing body weight.

“Whole foods tend to satisfy much quicker than refined foods. Obesity is a major risk factor for Type Two Diabetes, therefore, the percentage of fat intake in the diet is very important.

“Many can control their diabetes by simply losing 10lbs of weight. If you are overweight and your diet is high in refined foods with little to no fiber and natural fruits and vegetables you may be at risk for being diagnosed with diabetes” Hanna explains.

She stresses the importance of individuals knowing their health status, noting that diabetes often lead to other deficiencies and disorders.

“It is possible to have diabetes and not even know it. It is estimated that only 50% of people with diabetes are aware that they have the disease. Diabetes is the number one cause of blindness, amputations and kidney failure. It may also increase your risk of heart disease.”

Hanna encourages people who are concerned about being diabetic or at risk of developing diabetes to speak with a certified dietician or healthcare practitioner.