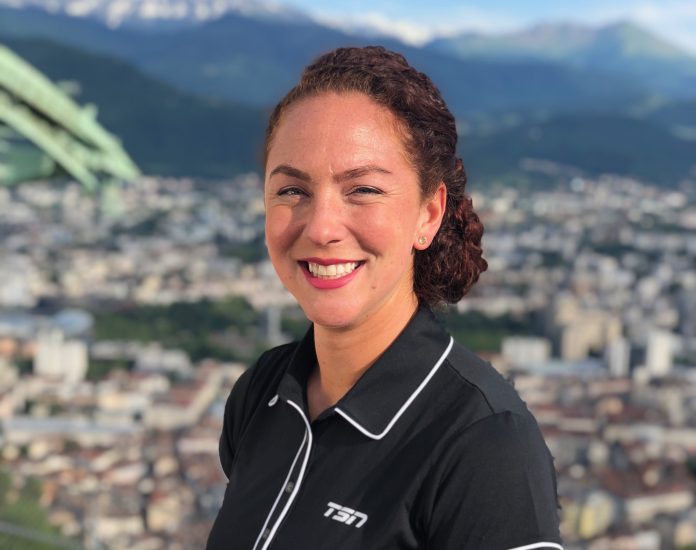 The future of women’s football in The Bahamas is looking up with the Bahamas Football Association’s appointment of its first Director of Women’s Football Development and Coach Education, Carmelina Moscato. An experienced football professional, with extensive player, coaching and management experience, Carmelina is thrilled to join the BFA team, “I’m here to support the growth of football. I believe that with a focus on player and coach development, we will continue to elevate the game in The Bahamas
to new heights.”

Motivated to embrace her new role, Carmelina explained that given her background and personal goals, “This opportunity really resonated with me. I believe that for girls and women to succeed, you have to build and strengthen the game at every level. As Director of a Women’s Football, I will work with Bahamian women and sports leadership to build a strong foundation from the grassroots level up to support the growth of the sport.”

With increasing opportunities in the near future on the world’s stage for countries with ‘newer’ women’s programmes like The Bahamas, Carmelina is excited about this for girls and women playing football in The Bahamas. “I believe that if young girls can see a real opportunity to play on an international level,their entire outlook on the potential for a career in football becomes dramatically different.”

Outlining her plan of action for player and coach development Carmelina explained, “Working closely with the Technical Director (Marc Bircham), we will refine the player pathways from grassroots to youth and senior levels, with a specific focus on the inclusion of girls and women. This will then lead to enhancing our coach development and education programmes. We will leverage the Concacaf licensing options to ensure our coaches are qualified and ultimately grow the game through the development of players and coaches and the creation of a robust succession plan for football in The Bahamas.”

Before joining the BFA, Carmelina worked with Canadian Soccer Business, the commercial partners for football in Canada, as the Manager of Women’s Professional Football Development. In addition to the development of that strategy, she ran a senior women’s league in Ontario. She was also a Talent Manager for Canadian Soccer REX from 2017-2018 and Technical Director for the Kleinburg Nobleton Soccer Club in Ontario, Canada.

Describing her football career, Carmelina shared that her initial goals were to coach at the professional league and World Cup levels. Toward this end, she attained various accreditations leading to her status as a Union of European Football Associations (UEFA) ‘A’ License holder and an instructor/facilitator for Concacaf. Her coaching experiences include Head Coach of the Under-15 Canadian National Team that won silver at the 2016 Under-15 Concacaf Championships and Assistant Coach with the Under-20 National teams in 2018 and 2020.

In addition to her Canadian experiences, Carmelina also worked in Australia as the Director and Coach of the Women’s Senior Program for the Illawarra Stingrays with the NSW NPL Domestic League. Her player experiences include participation in three FIFA Women’s World Cup teams in 2003, 2011 and 2015 and most significantly, being a member of Canada’s historic bronze medal-winning soccer team at the London Olympic Games in 2012. She’s also played professionally for clubs in Italy and Sweden and ended her professional playing career ended in 2016 playing for Western Sydney Wanderers in the W-League in Australia.

Carmelina is also an award-nominated Soccer Analyst for her work as the Lead Analysist for Canada for The Sports Network during the 2019 FIFA Women’s World Cup. She is now the Director of Women’s Football and Coach Education for the Bahamas Football Association.