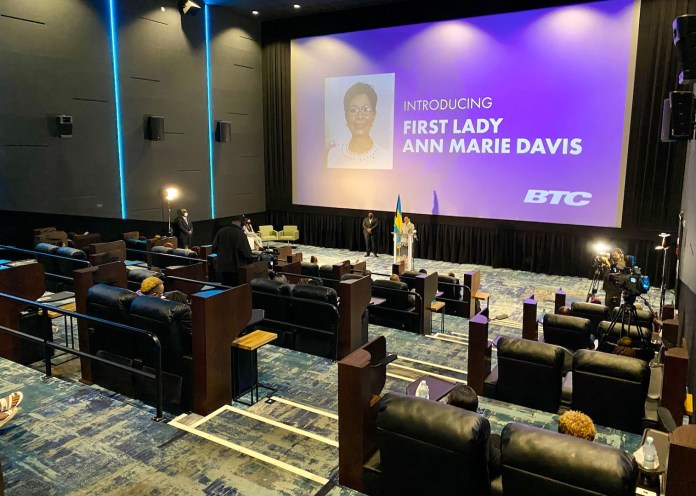 First Lady Ann Marie Davis, joined staff of BTC for a one- day conclave held at Fusion on Friday, 11th March. The event, which was held in recognition of International Women’s Day, drew a cross-section of female personnel employed at BTC. Delivering brief remarks was BTC CEO, Andre Foster, who welcomed attendees. Representing the Office of the Spouse of the Prime Minister, Mrs. Davis delivered the keynote address. She praised BTC for being a good corporate citizen and for their accomplishment of having a workforce, where 56% of the top-tiered positions are held by females.

She said that although Bahamian women have advanced tremendously in the past few decades, there is still more work to be done. Speaking specifically to domestic violence, Mrs. Davis said that women suffer in silence and are not always supported when they do seek assistance.

“In the past few decades, we have seen an unprecedented rise in the progress of women in the country, however, there is still more work to be done,” said Mrs. Davis. “You would think that income gap would reflect the strides women have taken, however that is still an issue. In addition, women are still facing issues such as domestic violence and small daily doses of disrespect and sexual violence. Decency, honour, respect and security, in all forms, are all, everything that all women want.”

First Lady Davis also encouraged women to support each, to agitate for change and improvements in female issues and to let their voices be heard. She also said that parents have to be vigilant in the way that boys are raised so that they can be respectful of females. In addition, she said that women in abusive relationships must find ways to break their silence; and that society, including the police force, needs to be more sensitive in the way women are treated when filing complaints against their abusers.