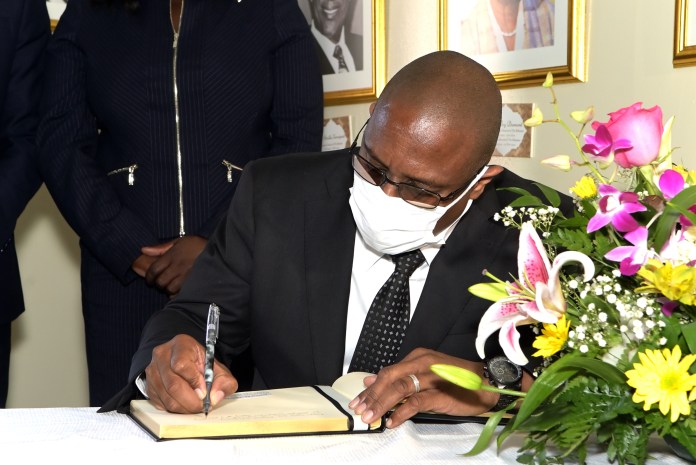 Leader of the Official Opposition the Hon Michael C. Pintard paid respects to former Senator, the late Dame Patricia Aloma Coakley, DHS, as the late senator lay in state on Thursday March 3rd 2022 in the foyer of the Senate, Rawson Square.

Mr. Pintard also signed the book of condolences and met with members of the family in the House of Assembly, where he conveyed sympathies on behalf of the Official Opposition, the Free National Movement, and of himself and his family.