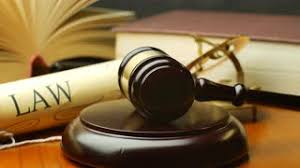 Michael Turnquest allegedly imported a large quantity of dangerous drugs into the country between March 2 and March 4. The 36-year-old is accused then of intent to supply, conspiracy to import and possession of dangerous drugs.

He pleaded not guilty to all four counts. Deputy Chief Magistrate Andrew Forbes granted bail in amount of seven thousand dollars with two sureties. Turnquest returns to court on June 23 to stand trial.