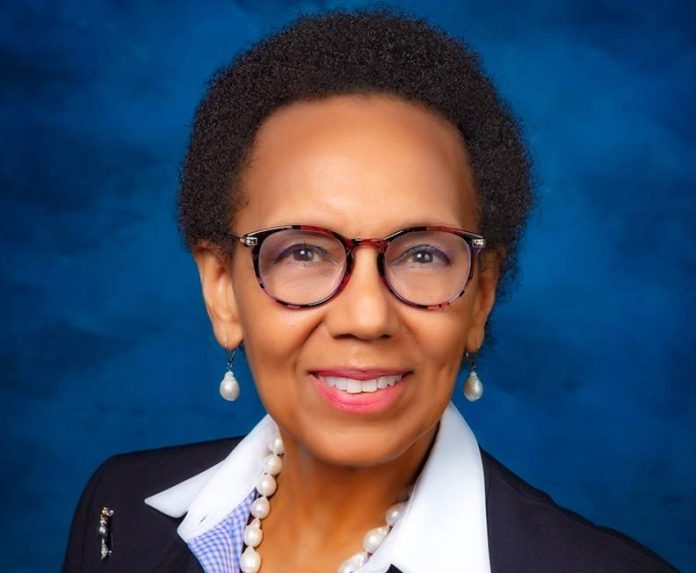 The first female to take Silk in The Bahamas, former Attorney-General and Minister of Legal Affairs of the Commonwealth of The Bahamas Allyson Maynard-Gibson QC and renowned businessman and former University of the Bahamas Trustee, Mr. Peter Whitehead were recently elected Chair and Vice-Chair respectively of the University of The Bahamas (UB) Board of Trustees at a board meeting held on 12th January 2022.

Maynard-Gibson, an advocate for people centered-justice, diversity and the rights of woman and children, acknowledges that her experiences and contributions to the national development of The Bahamas will bode well in her new role. She reflects, “in this new role, a part of my commitment is to elevate the nation’s tertiary institution as a hallmark of excellence. This will be accomplished by offering my support to faculty and staff who choose to engage in research that contributes towards the national development of The Bahamas for sustainable and positive change.” MaynardGibson added, “as more young people seek to thrive in a modern Bahamas, it remains important for the board to be a catalyst for faculty, staff and student success that cultivates and inspires more extraordinary Bahamians.”

During both of her stints as Attorney-General and Minister of Legal Affairs of the Commonwealth of The Bahamas, great strides were made in access to justice, especially through the use of technology, focus on people, data-based decision making and simplification of systems to enable people’s access to justice. In 2018, she served as a member of the first ever People’s Tribunal on Economic Crime in South Africa. Also, recognizing that the voice of Small Island Developing States should be heard in fora affecting and shaping the “new world”, she actively engaged in the processes leading to The Bahamas’ election to the Board of the International Telecommunications Union.

She was a member of the Task Force that produced, in 2019, the “Justice for All” Report.

Chair Maynard-Gibson has served for 15 years in the Bahamas Parliament and served 10 of those years as a Cabinet Minister. In addition to her current appointment at UB, she currently serves as a member of the Justice leadership Group, is a member of the Board of Trustees of Barry
University, member of the Task Force on Justice and as Assistant Director of the International Trends and Services Facet of The Links, Incorporated. She is a frequent speaker and writer in the international arena on people centered justice and good governance. Mrs. Maynard-Gibson is married to Maxwell Gibson, a businessman. They have enthusiastically embraced their role as grandparents.

Vice Chair Mr. Peter Whitehead is founder and president of Gunite Pools of Nassau, Osprey Construction Co. Ltd, Club One Fitness Center and Foster Hill Development in Georgetown, Exuma. He has served on several boards including the Catholic Dioceses which includes all schools in The Bahamas; Deputy Chairman of Bahamas Technical & Vocational Institute and a former University of the Bahamas Trustee. He has served as Chairman on various international boards including the Young Presidents Organization and World Presidents International in Salzburg, Austria. Additionally, he is Chairman of all events for World President International based in Washington, DC. Mr. Whitehead is bi-lingual in German and English and involved in several investments throughout New Providence and the Family Islands. He is an avid musician, tennis player, golfer and fisherman. He is married to Analia (Maquirrian) and has four children and four grandchildren.

UB’s Board of Trustees will approve the strategic direction of UB; strategic policy matters; annual business plans, budgets and annual audited accounts; and review and monitor the management of the University and its performance. Trustees play an integral role by providing oversight and input regarding the University’s large scale programmatic goals and its financial and physical resources.

They provide leadership in fundraising to sustain the University’s progress and serve as advocates for the University locally, nationally and internationally.