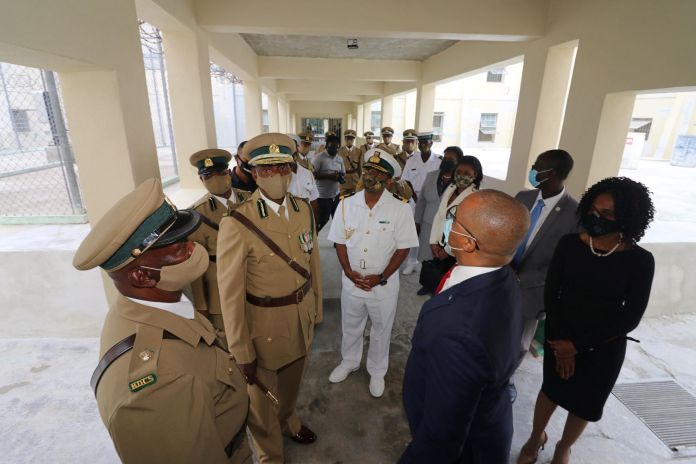 Commissioner of Correctional Services Charles Murphy and his Executive/Command Team members led Minister of National Security the Hon. Marvin Dames, Acting Permanent Secretary and Under Secretary Cheryl Darville, Commander of the Royal Bahamas Defence Force Commodore Raymond King and other RBDF officers and other stakeholders, on a tour of a number of the capital development projects, at the Bahamas Department of Correctional Services (BDOCS), on January 14, 2021.

Among the works currently being undertaken there included upgrades to the Maximum and Medium Security Wings; upgrades to the Female Correctional Facility; and the construction of a new visiting area and lounge for staff at the Medium Security Facility.  Those on the tour also saw a hospital bed and a conference room table that were built on site.