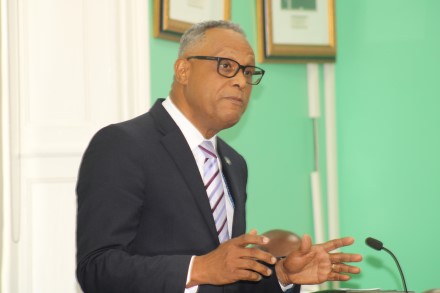 Minister of Health and Wellness, the Hon. Michael Darville, introduced the Mental Health Bill 2022 before the House of Assembly today meant to replace the existing legislation from 1969.

Minister Darville said, “one only has to open their eyes as we traverse the streets of New Providence, Grand Bahama and many of our family islands to witness the level of despair many are experiencing in our country. We are seeing increasing levels of homelessness, mental suffering, post-traumatic stress disorders among the young and old which is currently challenging our social safety net.”

The Minister went on to say, “More than 10 years ago the Ministry of Health & Wellness undertook to manage the
country’s mental health agenda as a crucial pillar in the well-being of Bahamian residents. Over the year’s a lot of plans were put in place and some significant in-roads were made in expanding access to mental health services at the community level, especially in the Family Islands. Today with the laying of this piece of legislation many innovative ideas along with global best practices were amalgamated in this Bill aimed to repeal and replace the current 52-year-old outdated Mental Health Act of 1969.”

Darville informed Parliament that the current act is not in compliance with the United Nations convention on the rights of person suffering from physical disabilities nor other conventions signed on to by The Bahamas. It was also noted that contribution has been made to the proposed legislation for over ten years by both administrations.

According to the Minister the aim of the bill, “is to redress that inequity and promote and protect the rights of persons suffering from mental illness. The focus of this new mental health bill is to promote when possible community treatment along with voluntary admission to a mental health facility. The Bill also includes a provision that supports decision making for people with mental illness and the ability to appoint a nominated representative to assist them with making appropriate decisions about their care and treatment.

The House of Assembly adjourned for their usual summer break until September 2022.