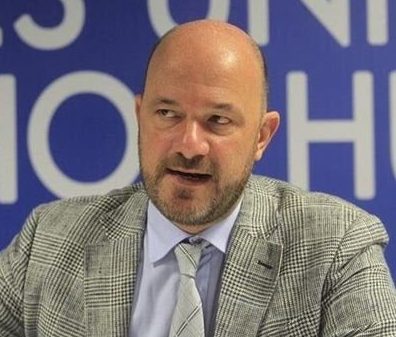 People in the Caribbean face some of the highest levels of violence in the world. Of the 22 Latin American and Caribbean countries surveyed in 2020 by the independent think-tank Insight crime, three Caribbean countries ranked in the top-six with most violence. Jamaica tops the list with the highest numbers of murders (46.5) per 100 000 inhabitants, with Trinidad & Tobago (28.2) and Belize (24.3) ranking respectively as the fourth and sixth.

The Caribbean region is in fact particularly exposed to the presence of organized crime groups, which contributes in part to high violence levels. While Caribbean countries are not the only ones facing this threat, the characteristics of Small Island Development States (SIDS) pose specific challenges in implementing effective responses. High crime rates impact the lives of everyone. However, women, ethnic minorities, migrants, young men, and people living in poverty are amongst those most at risk of falling victims to human rights violations stemming from insecurity.

Unfortunately, a strictly security-focused approach to the problem continues to be the norm. This includes at times an emphasis on so-called “Anti-Gang legislation”, the extended use of state of emergencies or harsher punishments, including the death penalty, which remains on the books in several countries. As regularly pointed out by UN Human Rights treaty bodies, these measures increase the risk of human rights violations, such as extra-judicial or arbitrary killings, unnecessary or excessive use of force by security forces or unlawful or arbitrary arrests and detention.

A security-focused approach has proved to be ineffective in preventing crime, costly for governments and increases mistrust between communities and government institutions, including in security forces. Instead of combating the symptoms, a human rights-based shift is urgently needed to tackle the underlying root causes.

In line with the Sustainable Development Goals (SDGs) it is essential to prioritize resources to social protection, health and education systems and employment to curb discrimination, social exclusion, and inequality, which all remain key drivers for crime and social conflicts

Reforms towards strengthening an independent, impartial and efficient judiciary improve access to justice for all and are fundamental to counter impunity and reoccurrence. This includes strengthening capacities of the judiciary and ensuring effective investigations, prosecution and victim-centred punishment of perpetrators in compliance with judicial guarantees of defendants.

Supporting access to justice for victims is key, such as by countering discrimination, promoting legal aid programmes and awareness raising campaigns. As Caribbean countries continue to present some of the highest levels of sexual and gender-based violence in the Americas, there is a particular need to step up efforts to promote access to justice for victims, especially women and girls, strengthen protection mechanisms, protocols and capacities within the police and judiciary to ensure a gender-sensitive approach.

Investment in human rights compliant policy-, training- and accountability frameworks of security forces. Security forces play an important role in countering crime, but they require detailed internal guidance that is compliant with international human rights standards. One good example in the region is the Caribbean Human Rights and Use of Force Model Policy, which if adopted by governments and security forces context would significantly strengthen internal guidelines in relation to use of force and human rights. International experience shows that governments must support security forces with sufficient resources to ensure training and internal oversight, but also avoid political interference in day-to-day-activities. Security forces need to be held accountable for any unlawful or arbitrary actions. This would translate into operational independence, establishing trust with communities and, most importantly, countering crime. Finally, it is important to strengthen rights of members of security force who often put their lives on the line to protect rights of others.

Strengthening rehabilitation and community reintegration of offenders. Harsher prison sentences, overcrowding and dire prison conditions do not deter crime. On the contrary, such measures contribute to re-occurrence and therewith feed into the cycle of violence. Humane custodial measures accompanied by the better use of alternatives of imprisonment and a focus on rehabilitation will reduce crime. As part of community-based interventions religious leaders and the private sector can be important actors of change in preventing stigmatization and supporting reintegration, especially of juvenile offenders.

Ensuring that human rights are protected today contributes to the prevention of violations and possible violence tomorrow. Making the shift to a human rights-based approach to crime prevention doesn’t require reinvention of the wheel. As the leading UN entity on human rights, the Office of the United Nations High Commissioner for Human Rights (OHCHR) has been supporting countries across the world, including in the Caribbean, to tackle many of these issues. This includes building judiciary capacity in incorporating international human rights standards into domestic legal frameworks, reforming and implementing new legislation relating to domestic and sexual violence and human rights training of civil servants, law enforcement and other security forces. While challenges persist, many countries in the region have shown commitment to make the shift. OHCHR stands ready to support governments and all partners involved in this endeavour.